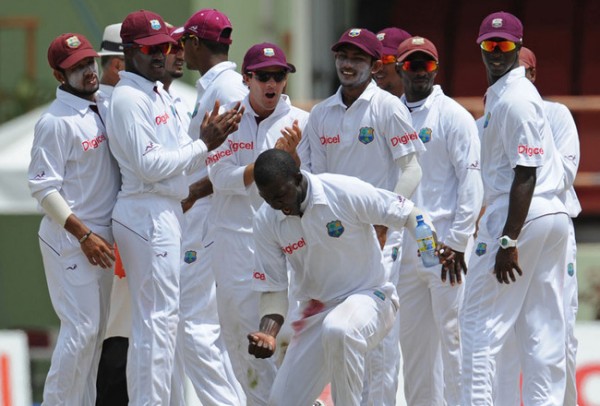 Jamaica [West Indies]: Roston Chase and Shane Dowrich each struck half-centuries as West Indies fought back in the final session to reach 244-7 at stumps on the opening day of the first Test against Pakistan at the Sabina Park here last evening.

With several key players absent due to the Indian Premier League ( IPL), the new-look Caribbean team struggled at first as they collapsed to 71-5 shortly after lunch after being asked to bat first.

However, Chase (63) and Dowrich (56) shared a 118-run partnership for the sixth wicket to save the blushes for their side on a wicket that got easier as the day wore on.

At stumps, bowlers Jason Holder and Devendra Bishoo remained unbeaten at 30 and 29 respectively, thus adding further steel to the home side's batting by stitching a crucial partnership of 55 for the eighth wicket.

For Pakistan, Mohammad Amir was the pick of the bowlers for his figures of three for 28 in his 19 overs while Yasir Shah bagged two wickets for his side.

Debutant Mohammad Abbas and Wahab Riaz also chipped in with a wicket each.