Jammu and Kashmir: Death toll rises to 35 as bus plunge into gorge coming from Keshwan to Kishtwar 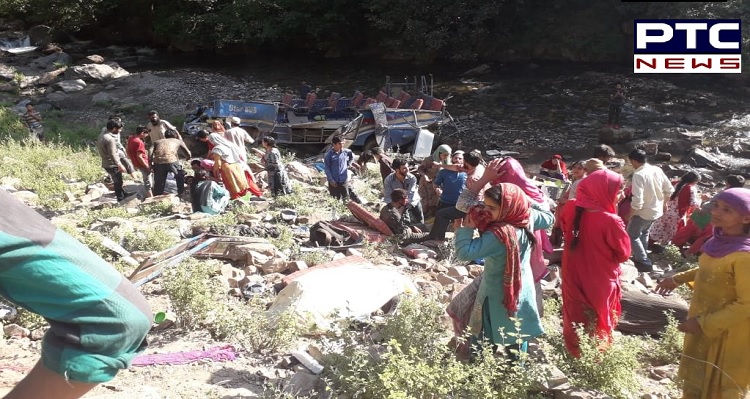 Jammu and Kashmir: The Death toll has risen to 35 and 17 others are injured after a matador vehicle coming from Keshwan to Kishtwar fell into a gorge, here on Monday. The incident took place when the bus skidded off the road at Sirgwari and fell into the deep gorge around 7:30 AM. The bodies of 20 passengers have been recovered while the rescue operation is still underway.

This is not for the first time, that such an incident has taken place. Earlier, a bus fell into a gorge near Peer Ki Gali in Shopian district, Jammu and Kashmir, in which over eleven students were killed including nine girls. Meanwhile, this is the second incident in a single week.