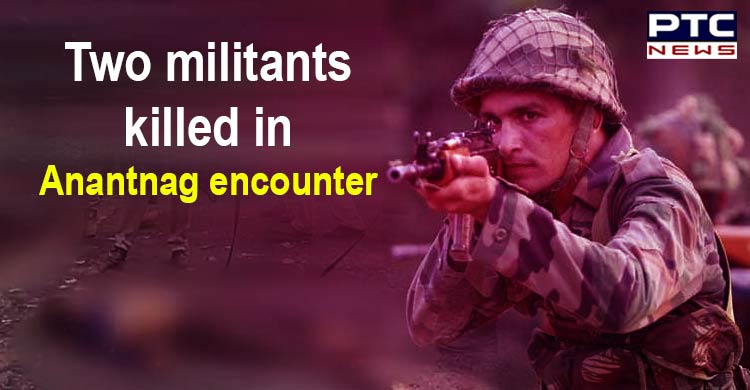 Jammu and Kashmir, Anantnag Encounter: In a major takedown, the security forces have killed two Lashkar-e-Taiba (LeT) terrorists in a joint operation by Central Reserve Police Force (CRPF), Indian Army and Jammu and Kashmir Police at Sangam Bijbehara in Anantnag on Saturday.

According to the information, the police has recovered arms and ammunition from them. The two of them were said to be the local terrorists. They have been identified as Aaqib Yaseen Bhat, resident of Qaimoh and Naveed Bhat alias Furqan, also a resident of Qaimoh.

As per the sources, it has been revealed that the security forces had received a specific input about the presence of the militants that led to an encounter. Upon receiving the information, the joint team of army and police started conducting search operating in the area after which the terrorists opened fire and hence the encounter between the militants and security forces broke out.

It was the second major encounter this week. Earlier on Wednesday (February 19), the security forces had killed three militants including a top Hizbul Mujahideen commander at Awantipore in Pulwama district of South Kashmir.

Meanwhile, a joint team of Police, Army and CRPF personnel have arrested a local terrorist Junaid Farooq Pandith of Hizbul Mujahideen on Saturday. As per report, a trap was laid for Junaid in Tapper Pattan in Baramulla district of Jammu and Kashmir.