Colonel, Major, cop and 2 others killed in J&K’s Handwara encounter 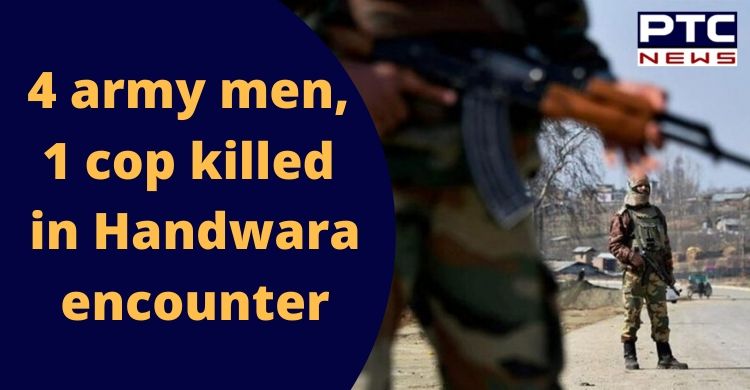 Five security force personnel, including a Colonel and a Major and a police officer, were killed in a gunbattle with the militants in Handwara in north Kashmir, Indian Army said on Sunday.

"Four Indian Army personnel including the Commanding Officer, Major of 21 Rashtriya Rifles unit along with 2 soldiers and one Jammu and Kashmir Police jawan lost their lives in an encounter in Handwara in North Kashmir, Jammu and Kashmir on Sunday," the Army officials said.

The Commanding Officer of the 21 Rashtriya Rifles, who lost his life in the Handwara operation, has been identified as Colonel Ashutosh Sharma. He had been a part of several successful counter-terrorism operations, the Army officials said. Meanwhile, the two terrorists were killed in the encounter, which took place between terrorists and security forces at Chanjmullah area of Handwara on Saturday.

The team of 21 Rashtriya Rifles had entered the house of a civilian to prevent a hostage situation. However, they came under attack from the terrorists who had already reached there. While the four Army personnel and a police Sub Inspector lost their lives in an encounter, the civilians trapped in the house were safely evacuated.

Meanwhile, Defence Minister Rajnath Singh took to Twitter and wrote: "The loss of our soldiers and security personnel in Handwara (J&K) is deeply disturbing and painful. They showed exemplary courage in their fight against the terrorists and made supreme sacrifice while serving the country. We will never forget their bravery and sacrifice."

Also Read | Odd-Even formula for vehicles and shops in Chandigarh; Here are the relaxations given by the Administration

He added that "I offer my tributes to the soldiers and security personnel who fell in action. My heart goes out to the families who lost their loved ones today. India stands shoulder to shoulder with the families of these brave martyrs."