Punjab Government on Thursday declared August 23 as the public holiday instead of August 24, amid the celebrations of Janmashtami 2019. The letter issued by High Court of Punjab and Haryana at Chandigarh said, “August 23, 2019 (Friday) has been declared as Holiday in all Subordinate Courts of Punjab, Haryana, and UT, Chandigarh on account of Sri Krishan Janmashtami 2019 and in lieu thereof the Saturday falling on August 24, 2019, will be observed as Working Day. 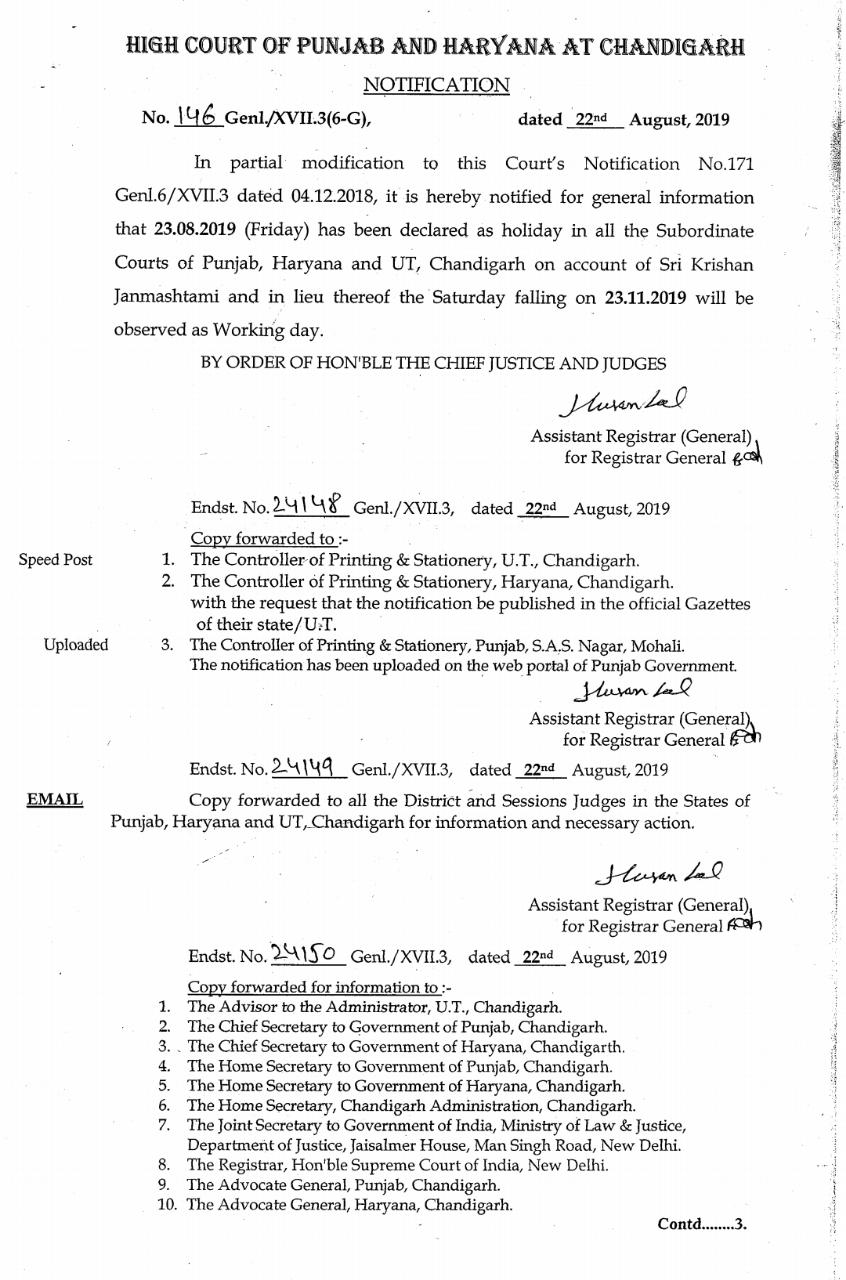