Journalists protest attack on media, an attack on the freedom of expression 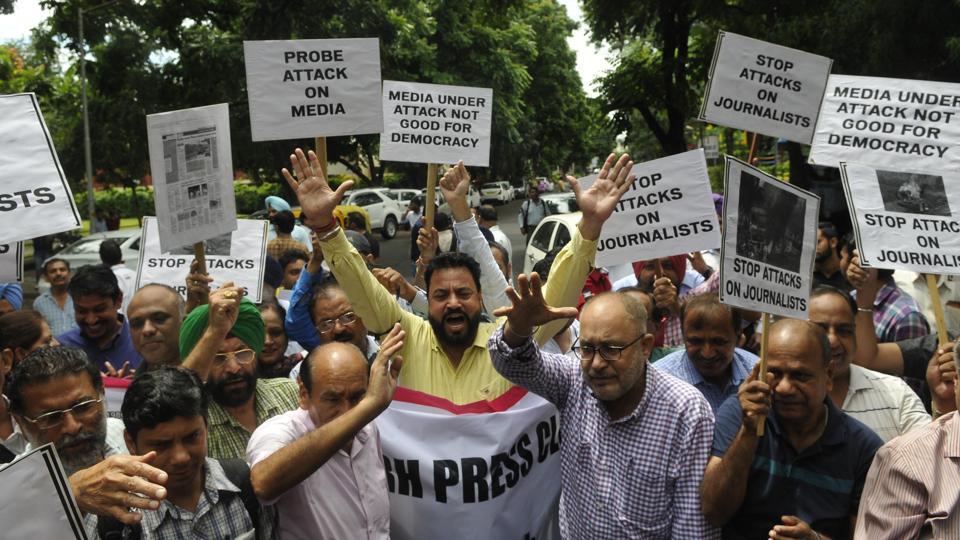 Journalists from Punjab, Haryana and Chandigarh, staged a protest over the violence against the media fraternity. The protest was held in Panchkula on August 25 under the Chandigarh Press Club.

Journalists demanded a strict action to be taken against government officials and policemen who remained mum during the attack on journalists after the verdict of Dera Sacha Sauda Chief Gurmeet Ram Rahim came out on August 25.

The Governing Council of the club later submitted a memorandum to Haryana Governor Kaptan Singh Solanki, demanding action against the policemen.

Stating the attack on journalists unfortunate, Barinder Rawat, secretary general of the club, said this was an attack on the freedom of expression.

“Journalists are not safe in Haryana. The government allowed the gathering, with the police not implementing the orders under Section 144 of the CrPC. This is an unfortunate instance and deserves the strictest condemnation,” Rawat said.