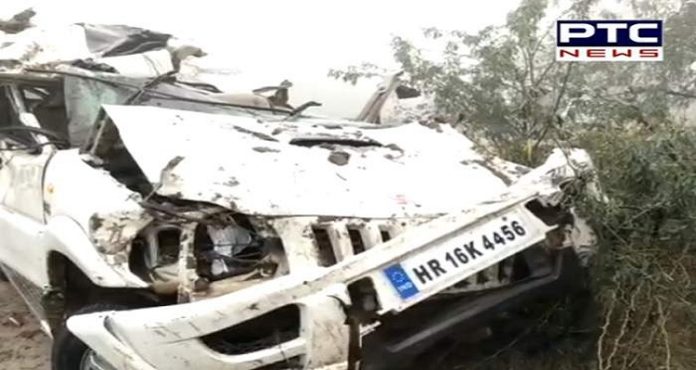 Kaithal Road Accident: In a major road accident, six people were killed after Scorpio car fell into a deep gorge near Pundri-Dhand Road in Kaithal district of Haryana, on Sunday. All the six people died on the spot. Meanwhile, the police informed the family members of the deceased. Also, police have taken the bodies for an autopsy.

According to the information, one of the six people recently got married three months ago. All the deceased were resident of Surewala. As per report, the Scorpio car went out of control and fell into 40 feet deep gorge.