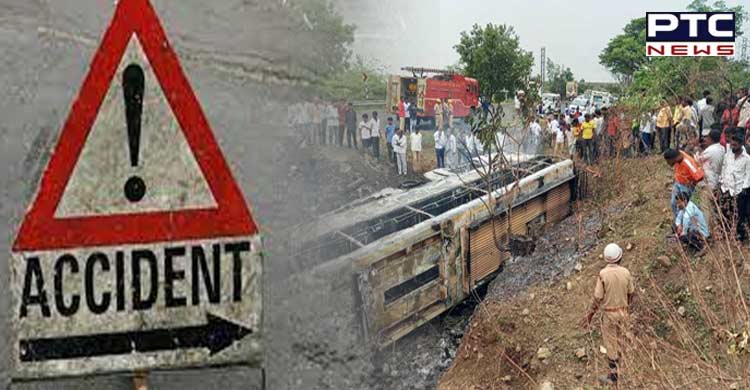 Kalaburagi, June 3: As many as seven people are feared to have been burnt to death in a road accident near Kamalapura town during the early hours on Friday, police informed.

According to the reports, the private bus carrying 29 passengers was engulfed by fire following an accident between the bus and a tempo trax.

The incident occurred around 6.30 a.m. on the Bidar-Srirangapatna highway on the outskirts of Kamalapur taluk in the Kalaburagi district. As per police, the bus caught fire after colliding with a lorry. Due to the impact of the accident, the bus slammed into the bridge and veered off the road.

The bus was en route to Hyderabad from Goa. According to sources, all of the deceased were from Hyderabad.

Police sources informed that 22 passengers managed to escape from the bus that was completely burnt due to fire. 12 others have been injured in the incident.

The injured have been shifted to various hospitals in Kalaburagi for treatment. The driver of the tempo trax is also critically injured, sources added.