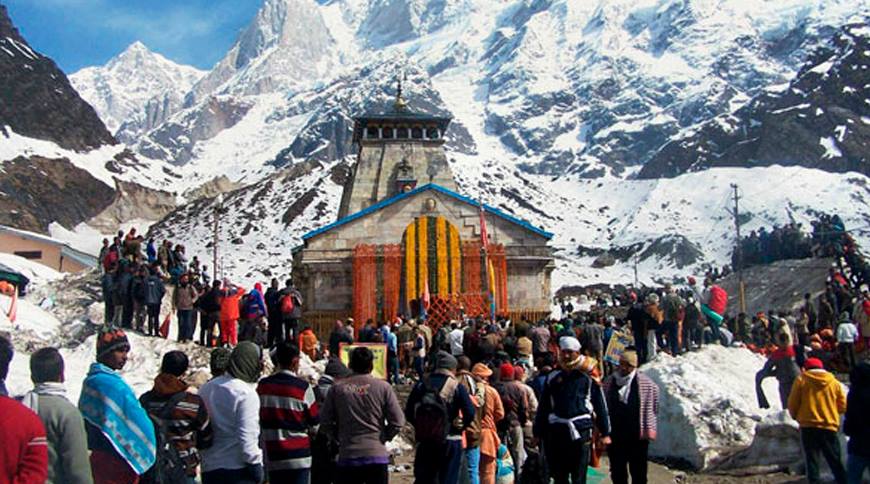 Eighth century Shiva temple, Kedarnath shrine in Uttarakhand will open for devotees on April 29, as per official reports.

Going by the tradition, the date for opening Kedarnath shrine was declared after consultation among astrologers and priests. The date was decided after a meeting held at the Shri Onkareshwar temple in Ukhimath in Rudraprayag district of Uttrakhand.

The chief priest (Rawal) Bhimashankar Ling announced the timing and schedule for the ceremonial re-opening of the temple gates on the occasion of Mahashivratri on Wednesday.

Kedarnath is one of the four shrines of the famous annual pilgrimage - Chaar Dhaam Yatra - which attracts millions of pilgrims from all over the world every year.

In accordance with the traditions, Lord Kedarnath's "Utsav Doli" (a colourful palanquin), borne on the shoulders of devotees, will leave Ukhimath on 26 April and arrive at Kedarnath via Phata village and Gaurikund on the night of 28 April, he added.

Located at a height of around 12,000 feet, the Kedarnath shrine, which attracts lakhs of devotees and tourists from all over the country as well as abroad every year, is closed with the onset of the winter, only to be reopened at the start of the summer in the plains.