Kenya's top TV stations still off the air amid crackdown 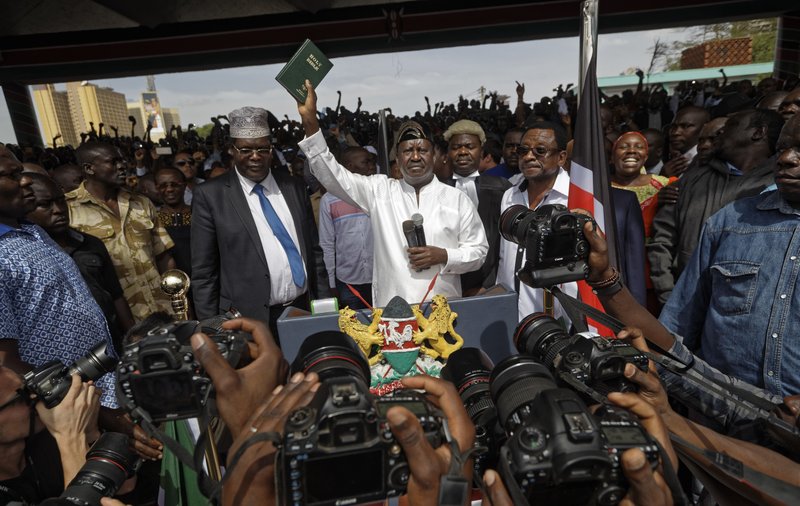 Kenya's three leading TV stations were off the air for a fourth day on Friday as police prevented the delivery of a court order to restore their transmissions after they tried to broadcast opposition leader Raila Odinga swearing himself in as "the people's president."

The government has called the ceremony an act of treason.

Rights activist Okiya Omtata said he was forced to paste the High Court order, issued a day earlier, on the wall of Kenya's communications authority as police told journalists to stay away from its gate.

Also on Friday, police arrested a second lawyer who had stood beside Odinga during Tuesday's ceremony, attended by tens of thousands of supporters, that was meant to protest what the opposition considers rigged elections last year.

Police and protesters clashed in the Nairobi slum of Kibera after Miguna Miguna was taken from his home.

As journalists and rights groups raised an outcry over the government shutdown of TV stations, the United States urged Kenya's authorities to respect the court order and allow broadcasts to resume. 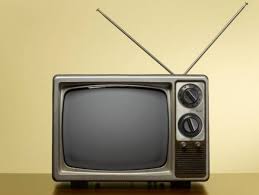 The State Department statement, however, also said the US was "gravely concerned" by Tuesday's ceremony and rejected actions that undermine the rule of law in Kenya.

Odinga claims the election was rigged and that electoral reforms in the East African nation have not been made. The Supreme Court nullified the August election over irregularities, the first time a court had overturned a presidential election in Africa and ordered a fresh vote in October that the opposition leader boycotted.

The government responded to Odinga's "swearing-in" by declaring the opposition movement a criminal organisation and investigating "conspirators" in Tuesday's ceremony.

An opposition lawmaker who stood beside Odinga and wore judicial dress was arrested Wednesday and charged with unlawful assembly and giving consent to Odinga administering an illegal oath. TJ Kajwang was released on bail.

Kenya's interior minister, Fred Matiangi, on Wednesday said the three TV stations and some radio stations would remain shut down while being investigated for their alleged role in what he called an attempt to "subvert and overthrow" Kenyatta's government.

Matiangi claimed that the media's complicity in the mock inauguration would have led to the deaths of thousands of Kenyans.

But yesterday, a High Court judge directed the government to restore the transmission for the Kenya Television Network, Citizen Television and Nation Television News and not to interfere with the stations until a case challenging their shutdown is heard.

The stations remained off the air on Friday. (AP)