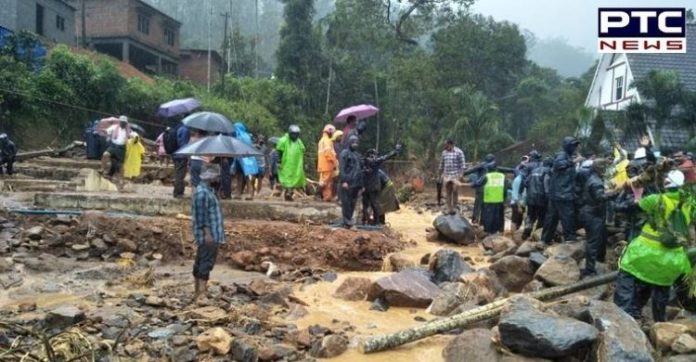 The death toll due to Rajamala landslide in Kerala has increased to 42, Idukki District Collector said on Sunday. Prime Minister Narendra Modi had shared condolences to the families of those who died in Rajamalai, Idukki in Kerala due to landslide.

The Prime Minister took to Twitter and wrote: “Pained by the loss of lives due to landslide in Rajamalai, Idukki. In this hour of grief, my thoughts are with the bereaved families. May the injured recover quickly. NDRF & the administration are working on the ground, providing assistance to the affected.”

Condolences to the bereaved families of those who have lost their lives in Rajamalai, Idukki(Kerala) due to landslide.

Have spoken to DG NDRF, their team has reached the spot to provide all possible assistance to the administration with the rescue work. May injured recover soon.

Likewise, the Union Home Minister Amit Shah said in a tweet: “Condolences to the bereaved families. Have spoken to DG NDRF, their team has reached the spot to provide all possible assistance to the administration with the rescue work. May injured recover soon.”