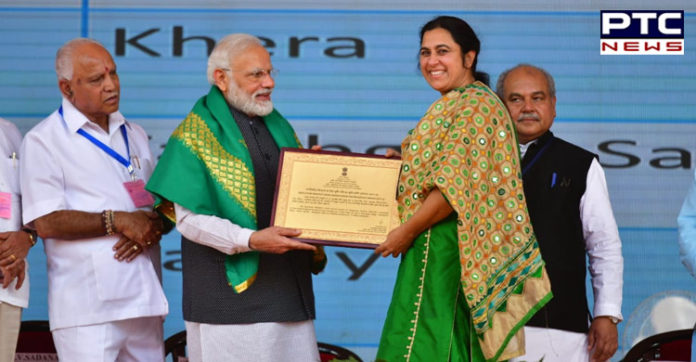 Amritsar: Harinder Kaur from Birbalpur village has become the first woman farmer to receive Krishi Karman Award from the Prime Minister Narendra Modi during a function organised by the Union Government at Tumkur in Karnataka. Chief Agriculture Officer Dr Dalbir Singh Chinna has claimed that she (Harinder Kaur) is the forst woman from the Punjab to achieve the feat. 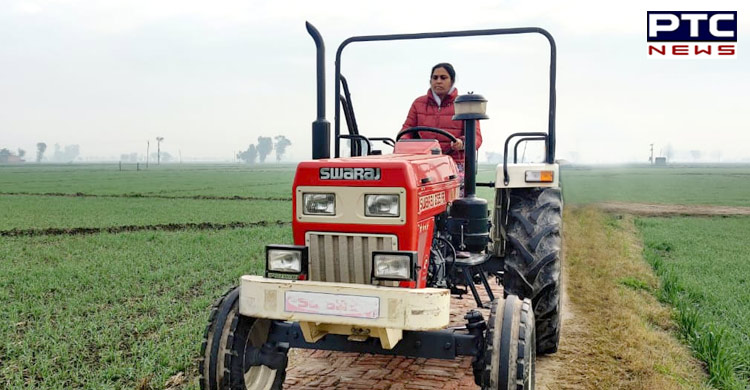 Krishi Karman Award is for the progressive farmers from across the country. Harinder bagged the award for record production of Basmati. Chinna said that Harinder has cultivated over 20 quintals of basmati per acre. Harinder Kaur has done postgraduation in zoology from Guru Nanak Dev University with specialisation in fisheries. Harinder said that she learnt about the agriculture from her grandmother Swinder Kaur. 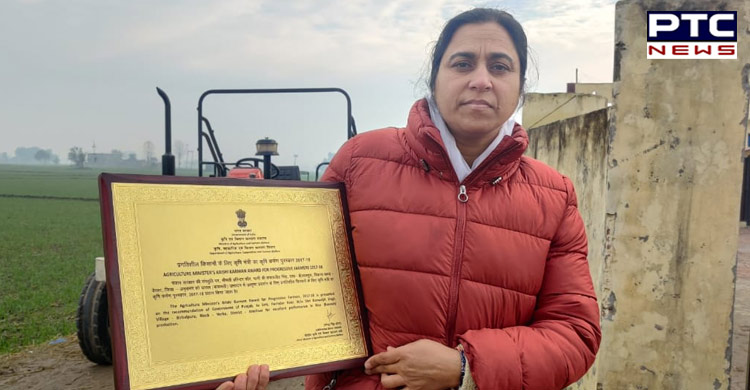 She added that “My grandfather passed away when my grandmother was 21 years old. She took care of land and children. She was looking after the daily business and children.” Harinder said that she continued helping her husband after the marriage and took over completely when he fell ill.

She added: “Firstly, I got the PH level of water and soil checked in my land. After the corrective measures, the results were very encouraging. Surely, my education helped me immensely.”

Harinder Kaur owns 32 acres of land. She has experimented with many crops till date. She said, “I stopped burning crop residue in the field long ago and it helped the soil health.” While giving advice to other farmers, Harinder said that “We should use chemical barely and ensure that the health of soil is not compromised.”