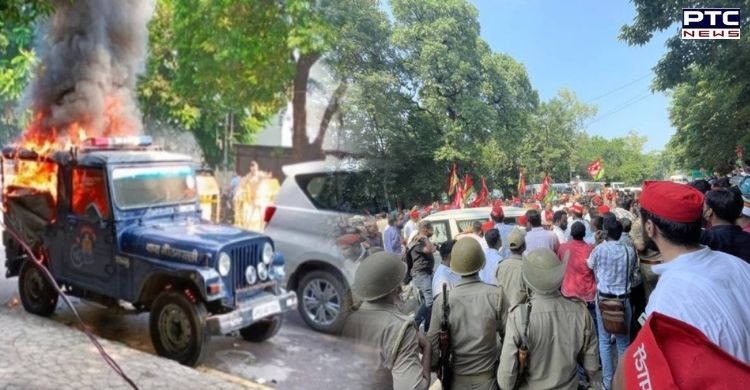 Lakhimpur Kheri violence: Samajwadi Party president Akhilesh Yadav has been detained by the Uttar Pradesh police and taken into custody from outside his residence where he staged a sit-in protest after being stopped from going to Lakhimpur Kheri where 8 people died in violence on Sunday.

Earlier in the day, a Lucknow Police's vehicle was torched outside Akhilesh Yadav's residence where was staging a sit-in protest.

Samajwadi Party chief said, "Even Britishers would not have committed the kind of atrocities this govt is committing against farmers."

"MoS Home Ajay Mishra and Deputy CM (Keshav Prasad Maurya) should resign. Rs 2 crores and govt job should be given to next of kin of the farmers who died," he added.

"Govt does not want any political leaders to go there. What is the Govt hiding?" he asked.

Besides Akhilesh Yadav, Congress leader Priyanka Gandhi was detained after she was stopped from going to Lakhimpur Kheri. 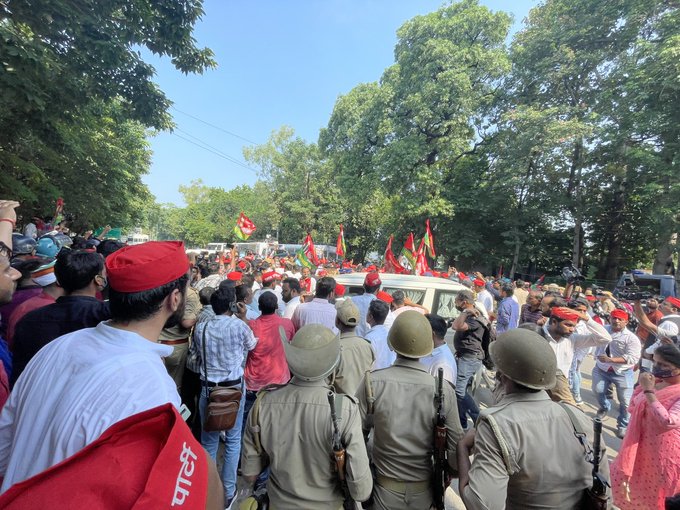 However, the Uttar Pradesh government has banned the landing of Bhupesh Baghel and Sukhjinder Singh Randhawa at Lucknow airport.