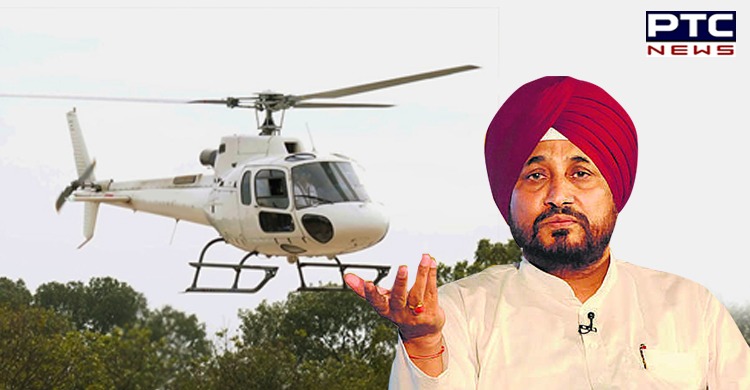 Lakhimpur Kheri violence: Punjab government has written a letter to UP Additional Chief Secretary Awanish Awasthi, seeking permission for the landing of the Chief Minister Charanjit Singh Channi's chopper so that he can visit Lakhimpur Kheri where 8 people died during the violence. 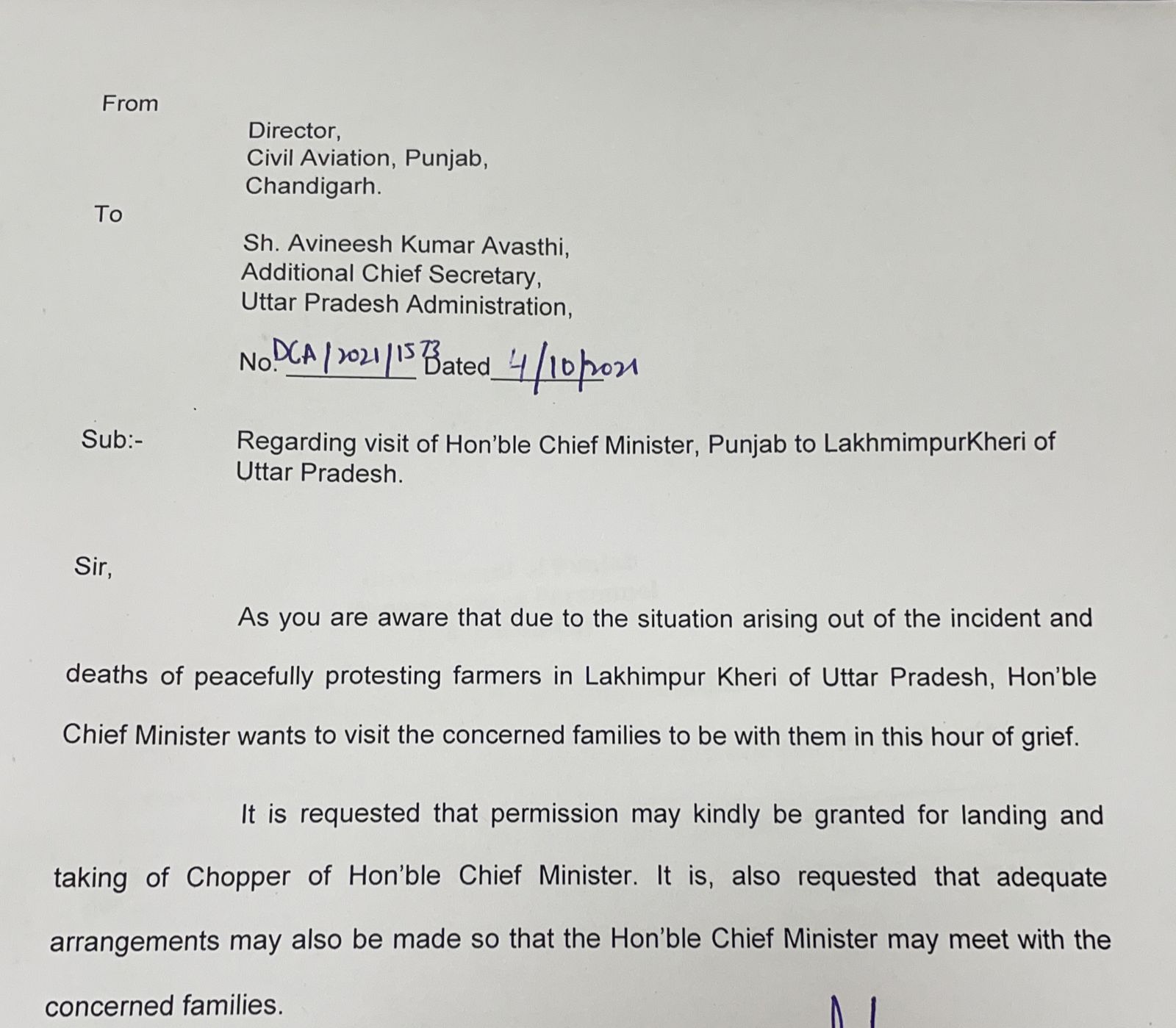 Punjab CM Charanjit Channi on Monday expressed solidarity with bereaved families of farmers. "I'm leaving for Lakhimpur Kheri to be with my brothers and sisters in this hour of grief," he said. 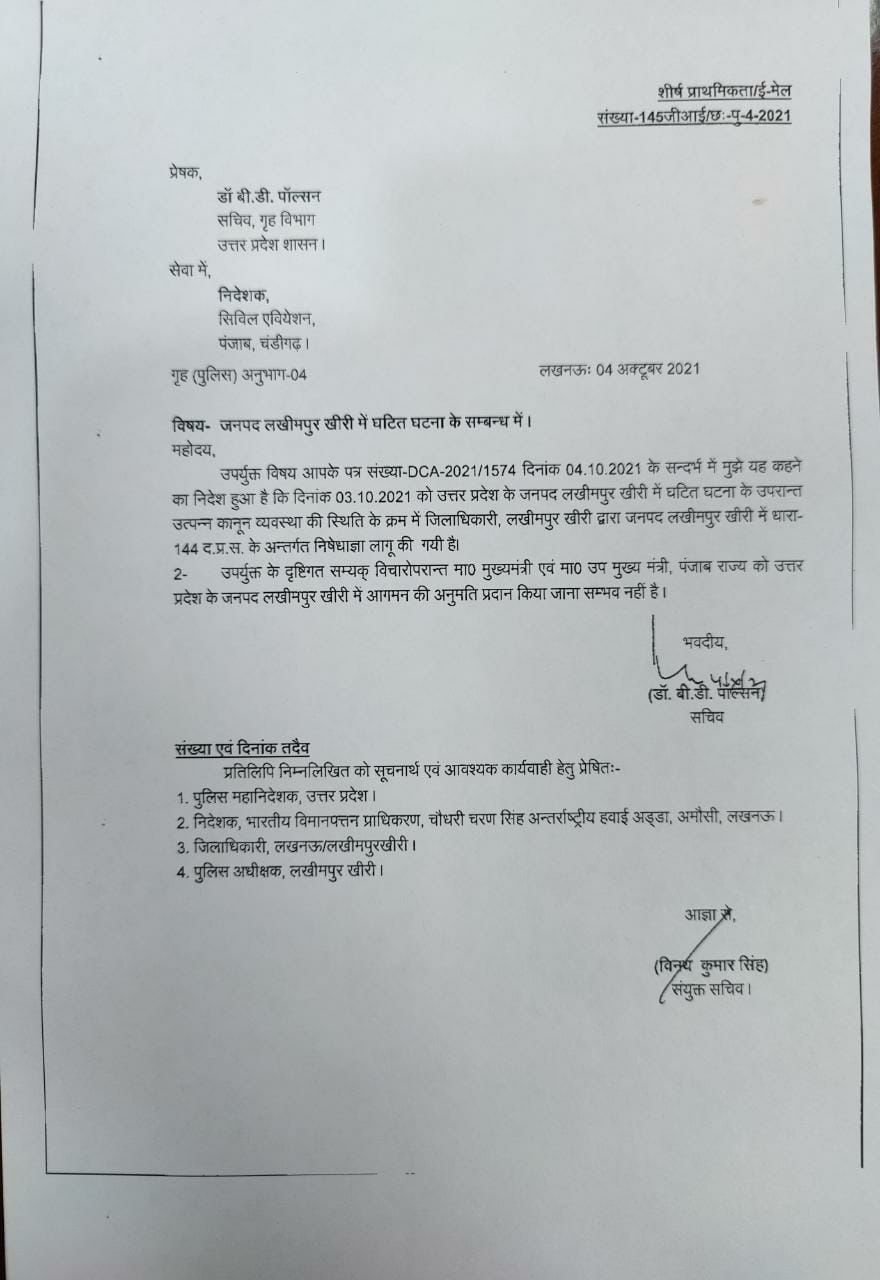 Adding, he said that "I've also sought permission from UP Govt to allow landing and taking off of chopper at the site." Also, the Uttar Pradesh Government has shot off a letter to the Punjab Chief Secretary and the Secretary, Home, banning the entry of Punjab residents to Lakhimpur Khiri in view of the October 3 violence.