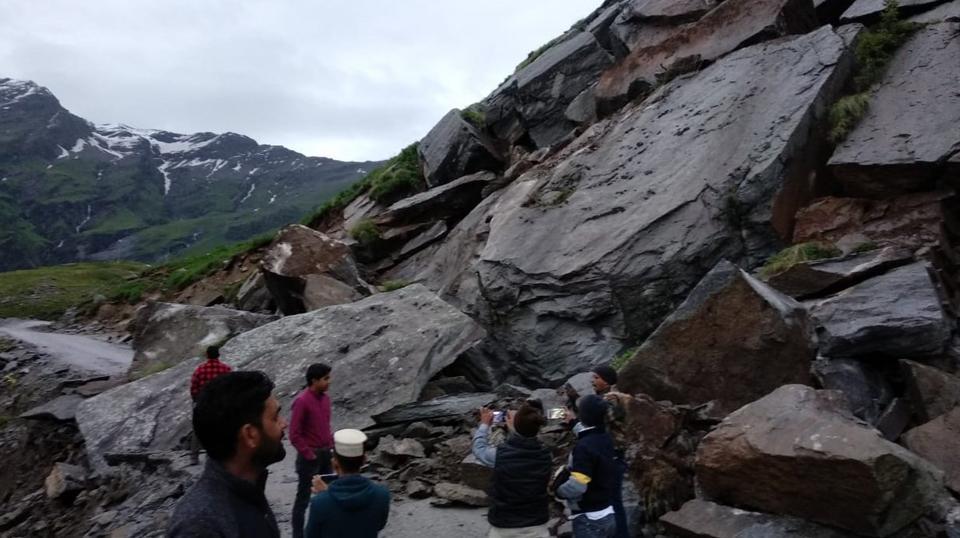 Landslide blocks the Manali-Leh highway close to Marhi, 30 kilometres uphill from the tourist town of Manali since Thursday night.

The landslide was caused due to heavy rains for the last 24 hours, leaving more than 2,000 vehicles have been left stranded.

“We have pressed heavy machinery into service to clear off the boulders. But with huge rocks constantly rolling down the hills, it has become a difficult task, leading to massive jams,” 38 Border Roads Task Force Commander AK Awasthi said. “Hopefully, traffic would be restored within a few hours.”

“The Border Roads Organisation has informed that it would take another 6-8 hours to clear the road for traffic,” Manali Deputy Superintendent of Police Sher Singh said. “Mostly tourist and military vehicles are stranded on the road.”