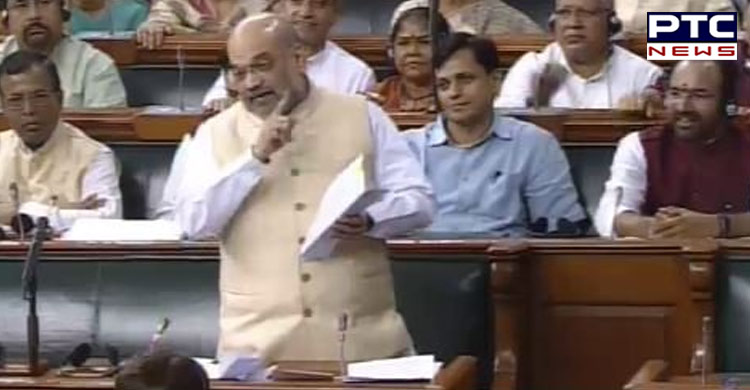 The Lok Sabha on Wednesday has passed the Unlawful Activities (Prevention) Amendment Act, Bill. The bill authenticates the government to decide any individual as the terrorist and also empowers the Director-General, National Investigation Agency (NIA) to grant approval of seizes or the attachment of property while the case been investigated by the agency.

Meanwhile, during the session of Lok Sabha, Congress MPs walked out of the lower house demanding to send Unlawful Activities (Prevention) Amendment Act Bill to a Standing Committee.

Likewise, Asaduddin Owaisi, AIMIM MP in Lok Sabha spoke up on Unlawful Activities (Prevention) Amendment Act Bill. He said, "I blame Congress party for this. They're the main culprits for bringing this law. When they're in power they're bigger than BJP, when they lose power they become big brother of Muslims".

The law will now allow the National Investigation Agency (NIA) to go to any state without any permission from the state police for inquiring the anti-terror activities. As per the Act, an investigating officer will be required to take the prior approval from the Director-General of Police to seize properties if involved in terrorism. The Bill will authenticate the NIA officers, of the rank of Inspector or above, to investigate cases.

Furthermore, Home Minister Amit Shah in Lok Sabha spoke up on Unlawful Activities (Prevention) Amendment Act Bill. He said, "When you question us you don't see who brought the law & amendments, who made it stringent. It was brought when you were in power, what you did then was right & what I'm doing now is also right."

Adding on he said, "There's a need for a provision to declare an individual as a terrorist, UN has a procedure for it, US has it, Pakistan has it, China has it, Israel has it, European Union has it, everyone has done it".