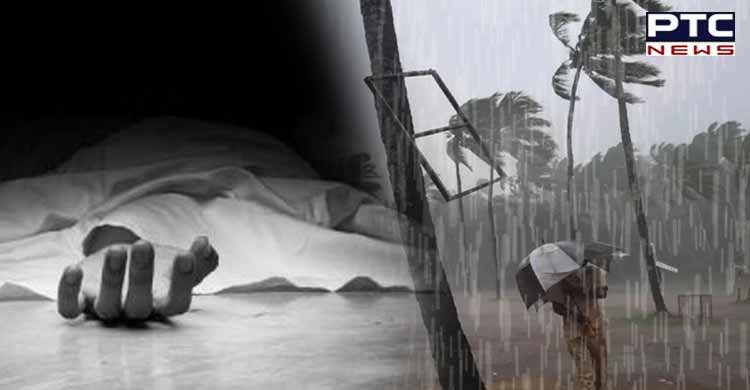 Lucknow, September 16: Nine people have died and as many as two were injured after a wall collapsed in Lucknow due to heavy rainfall in the area in the last 24 hours.

All injured in the accident were rushed to Civil Hospital for treatment, where doctors informed them that their condition is stable. "Several ambulances were sent to the spot and all bodies were brought here at different times, 9 were brought dead to us while 2 injured were brought as well. Those injured are stable," said Dr Anand Ojha, Director of Lucknow Civil hospital.

After the incident, Uttar Pradesh Chief Minister Yogi Adityanath took cognizance of the accident and expressed his condolences to the bereaved families of the dead.

Meanwhile, the city has been witnessing water logging problems in many parts due to heavy rainfall. Commissioner Roshan Jacob inspected waterlogging issues after heavy rain lashed the city.

The district administration issued an alert that there is a possibility of heavy rains till September 17. "In view of this, all the people should take full precaution. Beware of old dilapidated buildings. Leave for outside when it is absolutely necessary. Avoid going to crowded and traffic jam areas. Stay away from open sewers, electric wires and poles."

The administration advised people to drink boiled drinking water and get bleaching powder and chlorine tablets from the nearest health centre.

The administration directed all government hospitals, PHC and CHC to be on high alert.