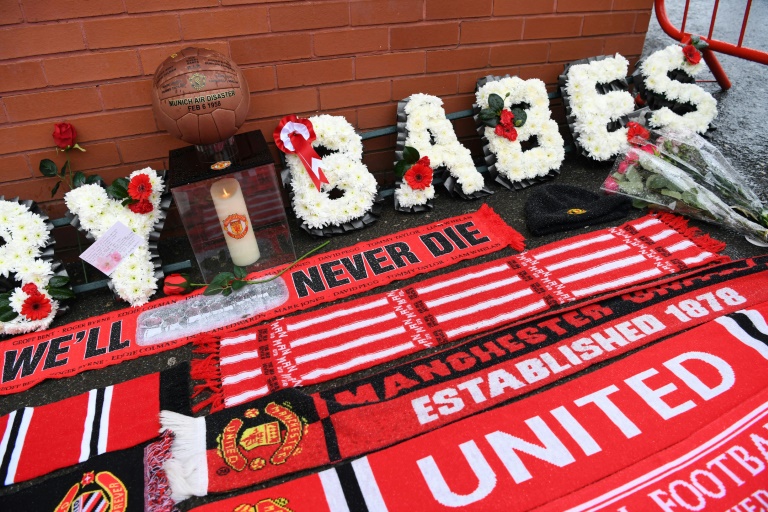 Manchester United Tuesday marked 60 years since the Munich air crash ripped the heart out of the "Busby Babes" team with a service at Old Trafford attended by survivors Bobby Charlton and Harry Gregg.

The stadium fell silent as the clock ticked to 1504 GMT, marking the time of the crash six decades ago and club captain Michael Carrick and manager Jose Mourinho then each laid a wreath as applause rang out. 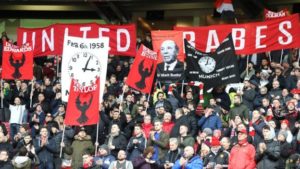 There were also ceremonies in Munich and Belgrade to mark the anniversary of the tragedy, which happened when the plane carrying Matt Busby's youthful team back via Munich from Belgrade on February 6, 1958 crashed on its third take-off attempt in icy weather.

United's players were celebrating reaching the European Cup semi-finals but the crash destroyed one of the finest teams in the club's history, killing eight players and three members of the club's staff. Twenty-three people died in total.

Charlton and Gregg, the only survivors from the group of players who lived through the crash, were both at the ceremony, held under snowy skies in the northwest of England along with former United manager Alex Ferguson. 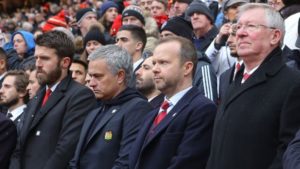 Carrick earlier tweeted a picture of the Busby Babes with the message: "60 years on from the Munich air crash. Today we remember and pay our respects to all those we sadly lost. We will never forget."

Gregg, who told the BBC Sport website that Tuesday's service would be his final time at Old Trafford, said he did not believe the disaster had defined him or the club.

"I have seen Manchester United through bad times and good times. I'm just very glad that Henry Gregg... Was counted good enough to play for what I consider to be one of the greatest clubs in the world."

The events of February 1958 are woven into the fabric of the club, who recovered to become the first English team to lift the European Cup 10 years later on a deeply emotional night at Wembley, with Charlton scoring twice.

Ferguson, just 16 years old at the time of the Munich crash, told MUTV: "I'd gone to the library straight from school swatting for an exam and I was training with the local junior team.

"When I got there, all the players were crying. I didn't realise what had happened. When the news broke, it was really sad because I'd followed United at that time because of Matt Busby."

"The day that is absolutely shown in red on this week's calendar is on Tuesday, a day that marks the 60th anniversary of the air disaster," Spanish forward Juan Mata wrote in his blog on United's website.

"The victims will never be forgotten, they will always be remembered and will be a part of United's history forever. The passion, determination and courage shown by the club to carry on in those horrible moments have left an indelible mark forever."

British Prime Minister Theresa May paid tribute to those killed and injured at Munich during a speech in Manchester on Tuesday.

"Today marks an important and sombre anniversary in the history of this great city," she said.

"Sixty years ago today the Munich air disaster claimed the lives of 23 people, with many more suffering life-changing injuries.

"The crew, journalists and, of course, the talented footballers who died that day will never be forgotten." (AFP)