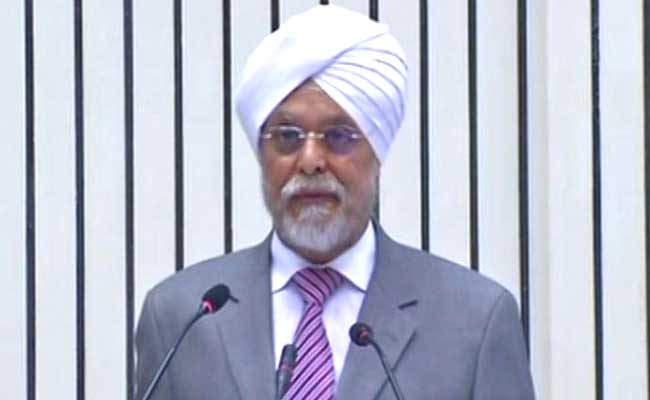 New Delhi: Electoral promises routinely remain unfulfilled and manifestos turn out to be mere pieces of paper, for which political parties must be held accountable, Chief Justice of India JS Khehar said today.

"Now a days manifestos have become a mere piece of paper, for this political parties have to be made accountable," the CJI said at a seminar titled 'Economic Reforms with Reference to Electoral issues'.

The CJI, speaking in the presence of President Pranab Mukherjee, said political parties give "brazen" excuses like lack of consensus amongst their members to justify non- fulfilment of their poll promises.

He said manifestos remain pieces of paper due to short term memory of citizens but political parties must be held accountable.

On the manifestos released by political parties during the 2014 general elections, the CJI said none of them indicated any link between electoral reforms and Constitutional goal of ensuring economic-social justice to the marginalised section.

He said pursuant to Supreme Court's directions to the Election Commission of India to formulate guidelines against freebies, the poll panel has been taking action against parties for violation of the model code of conduct.

Justice Dipak Misra, the next senior-most judge, also stressed upon the need for electoral reforms saying that "purchasing power has no room in elections" and a candidate must bear in mind that "contesting elections is not an investment".

He said that holding of elections has to be "bereft of or sans criminalisation" and people should vote for candidates based on their high moral and ethical values and "not on their competitive demerits".

"Candidates and voters must remember that out of debt is out of danger," Justice Misra said, adding the day a voter goes to vote without being tempted "would be a glorious day for democracy".