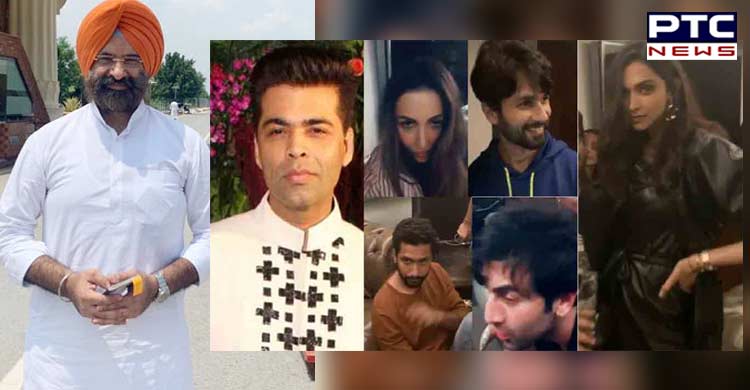 DSGMC President and Politician Manjinder Singh Sirsa have asked Commissioner of Police, Mumbai, to file an FIR against the actors under The Narcotic Drugs and Psychotropic Substances Act, 1985. These actors include Deepika Padukone, Shahid Kapoor, Arjun Kapoor, Varun Dhawan, Ranbir Kapoor, and Vicky Kaushal among others, who have been accused of being a “drugged state” at a party.

Earlier, Manjinder Singh Sirsa wrote, "I have requested Commissioner of Mumbai Police to register FIR against the Bollywood Stars in the video flaunting their drug party under The Narcotic Drugs and Psychotropic Substances Act, 1985. The party was uploaded by Karan Johar himself on July 28th, 2019. He wrote a letter to the Mumbai Police Commissioner.

Furthermore, Manjinder Singh Sirsa wrote an open letter to the Bollywood and urged people to read and share tagging Bollywood stars through Instagram and Twitter. He said, "We have Fan Moments with them; but now is the time for Question Moment. His letter questions Bollywood, that "Does it sound fair on your part when you escape your accountability citing PRIVATE LIFE as an excuse to organize and then flaunt on Instagram you Drug Party?

He said, "When I saw a video, I felt unexplained anger as if someone I knew personally broke the trust... do you even realize the kind of bond people share with you, dear Bollywood? Rather than asking me to apologize, I wish Bollywood stars had the guts to say a SORRY to the nation for breaking the Trust."