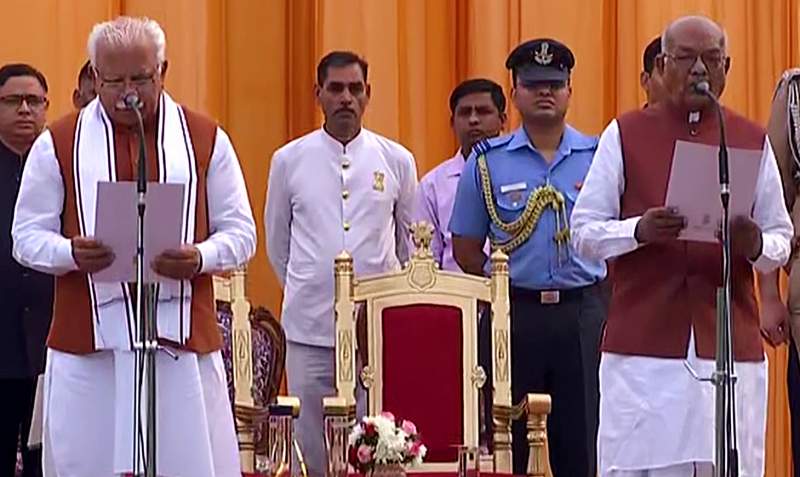 Manohar Lal Khattar on Sunday took oath as Haryana Chief Minister for the second term after the recently concluded polls in the state. 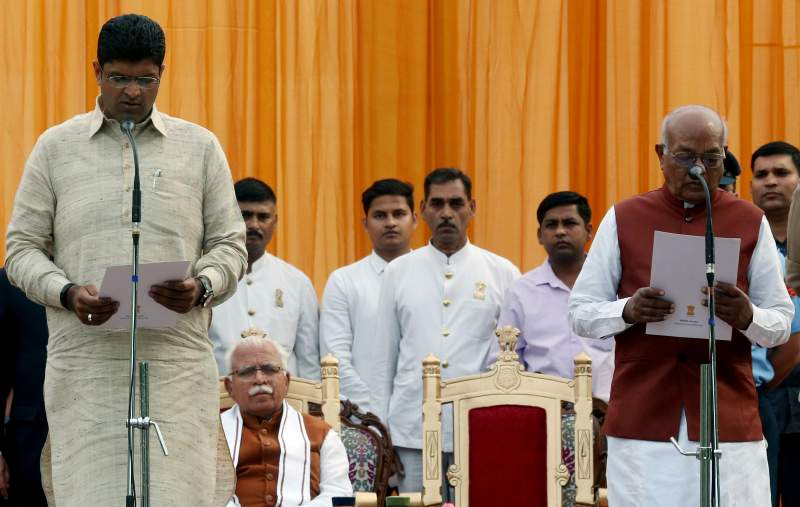 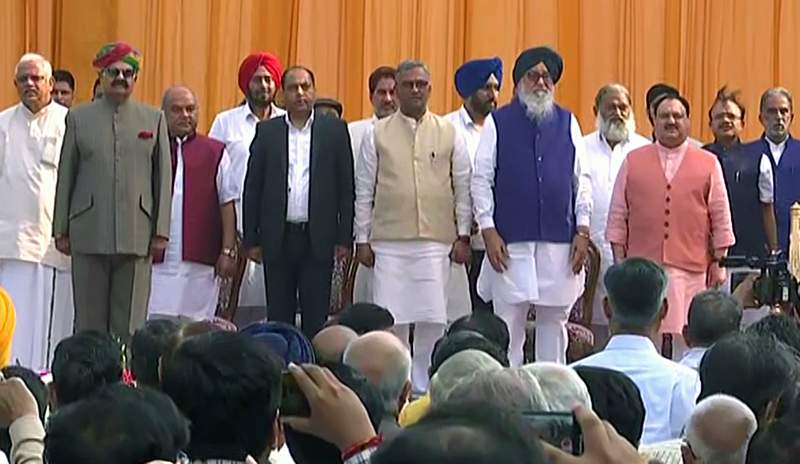 In the Assembly polls, BJP fell short of six seats to get a majority in 90-member Haryana Assembly. Later, the party stitched an alliance with Jannayak Janta Party (JJP) which has 10 seats and managed to get the support of seven independent MLAs.

Khattar along with JJP chief Chautala met Governor Satyadev Narayan Arya on Saturday and staked the claim to form the government with the support of 57-MLAs.(ANI)