Massive Fire in a PCPL Chemical factory in Derabassi 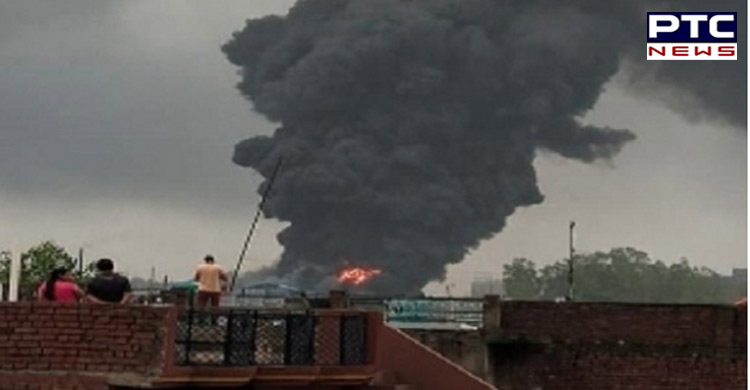 A fire broke out in Derabassi on Wednesday in a PCPL Chemical factory which is located near the Murbarikpur-Ramgarh road. A major blast took place on Wednesday morning, which was a huge explosion resulted in the breakage of the windows of nearby residential houses. 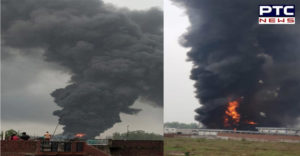 The chemical factory witnessed a powerful explosion after which it was just black smoke which was easily visible from the distance.

Also read: An Explosion in School Injures 10 Students in Pulwama

The incident of an explosion in a chemical factory in Derabassi left the nearby people in fear. Meanwhile, no casualties have been reported yet. The fire brigade rushed to the spot after the locals informed the firefighters about the same. The local police too rushed to the spot and reviewed the incident.