Security forces on Saturday morning launched a massive cordon and search operation in Shopian and Pulwama districts of Jammu and Kashmir, police said. The search operation was launched a day after three policemen were abducted and killed by militants.

The cordon and search operation (CASO) was launched in at least eight villages in Pulwama and Shopian districts in south Kashmir.

He said a joint team of police, Army and paramilitary CRPF launched the CASO to flush out militants from the area. 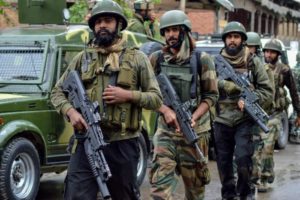 Meanwhile, clashes broke out between groups of youth and security forces during the CASO at Shermal in Shopian, the official said.

He said youth pelted stones on the security forces carrying out searches in the area.