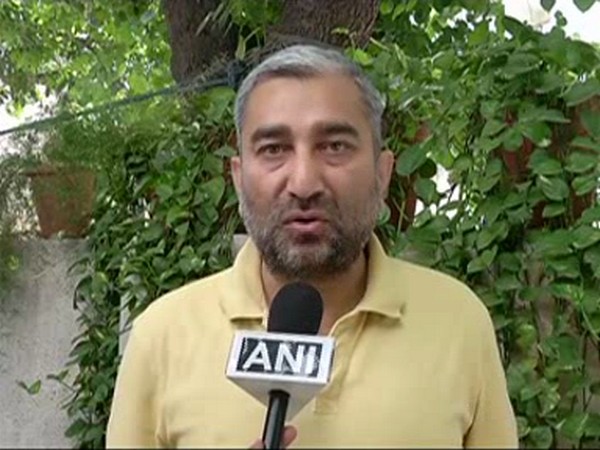 New Delhi/Jammu: Holding Chief Minister Mehbooba Mufti's wrong policies responsible for the prevailing unrest in the Valley, Jammu and Kashmir activist Sushil Pandit on Monday said the state administration has miserably failed in maintaining the law and order as it has zero credibility.

"It seems she is meeting the Prime minister to use this opportunity for some more consensus as sops for the people of Kashmir. Nobody should be taken in by her logic because all this disruption is not because of certain sops or certain concessions. This is amount to pouring oil to fire," he added.

Meanwhile, Bharatiya Janata Party leader Ravinder Raina expressed hope that the significant meeting between Prime Minister Modi and the Chief Minister brings positive results and called for stern and serious measures to maintain law and order in the Valley.

"For the last few months, there is anarchy and unrest in the Kashmir Valley. Pakistani, pro-Pakistani and the Hurriyat people with the stone-pelters and terrorists all have created an atmosphere of fear. And we have seen during the parliamentary by-election how stone-pelters have been throwing stones and threatening the voters," Raina told ANI in Jammu.

"All these are a cause of concern and that is why this is a very significant meeting. I think we have to take stern and serious measures to maintain law and order in Jammu and Kashmir," he added.

Asserting it is the responsibility of the Centre and the Jammu and Kashmir Government to maintain peace in, he said, "I hope in the coming days the atmosphere in Jammu and Kashmir will be better. We will talk to all stakeholders and have to take all people on board who believe in the Indian Constitution."

After meeting the Prime Minister at his official 7, Lok Kalyan Marg residence in the national capital this morning, Mufti demanded that the ruling dispensation at the Centre must follow the footsteps of former prime minister Atal Bihari Vajpayee and reach out to the disillusioned and angry youth so as to restore a peaceful atmosphere for governance.

"We must start from where Vajpayee ji left... Modi ji has repeatedly said that he would follow the footsteps of Vajpayee ji, whose policy was of reconciliation, not confrontation. There is no option but to talk," she asserted.

The Chief Minister also said that she discussed the recent by-poll to Srinagar Lok Sabha constituency, which witnessed large-scale violence and the lowest turnout ever.

"I discussed the issue of less voting percentage in the recent elections and security situation in Jammu and Kashmir with Prime Minister Modi," she said.

The meeting comes in the wake of recent incidents of violence, including the clashes between security forces and civilians during the Srinagar by-elections.

Prime Minister Modi had earlier on Sunday urged all the Chief Ministers to take care of the students from Jammu and Kashmir in their respective states. His assertion came after Mehbooba raised the issue following assault of six Kashmiri students of Mewar University in Rajasthan by some locals.