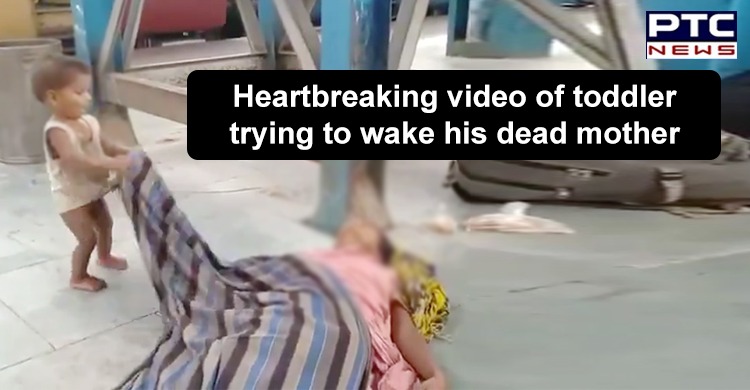 A toddler's vain attempt to wake up his dead mother from eternal sleep on a railway platform in Bihar's Muzaffarpur on Wednesday presented the most saddening picture of the migrant tragedy unfolding across several states.

In a video tweeted by Sanjay Yadav, an aide to RJD leader Tejashwi Yadav, showed the child walking up to his mother's body, with a blanket placed over her, and when failing to wake her up, covering his own head with it.

As the mother lay still, the toddler wobbles away from her, with announcements continuing in the background about the arrival and departure of trains.

"The small child doesn't know that the blanket with which he is playing is the shroud of his mother who has gone into an eternal sleep. The mother died of hunger and thirst after being on a train for four days. Who is responsible for such deaths on trains? Shouldn't the opposition ask the questions?" tweeted Yadav.

However, the Dy SP of the Government Railway Police in Muzaffarpur, Ramakant Upadhyay, said that the incident took place on May 25 when the migrant woman was on the way to Muzaffarpur from Ahmedabad by a Shramik Special train.

He told the reporters that the woman, who was accompanied by her sister and brother-in-law, had died on the Madhubani bound train.