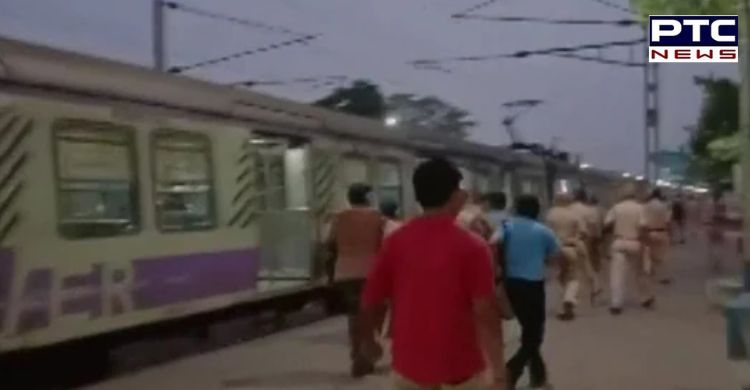 Nadia (West Bengal), June 12: A mob of around 1,000 people pelted stones on a train in Bethuadhari, Nadia district in West Bengal on Sunday.

A few people have been injured in the incident.

The incident occurred after a protest march was taken out by locals against suspended BJP leader Nupur Sharma's comment on Prophet Muhammad. During the protest march, some protesters barged into the railway station and vandalised a train.

Train services have been halted on that route after the incident.

"As of now, no train is running there, we are waiting for the state government's permission," the Chief Public Relations Officer, Eastern Railway, Eklavya Chakraborty said.

According to reports, hundreds of people blocked National Highway 34 on the day as they protested against Nupur Sharma. When the police lathi-charged the crowd, some people reached Bethuadahari railway station and started pelting stones at a train on Sunday.

After this, the security forces rushed to the railway station; however, the miscreants fled to the Bethua Dahri Hospital area and also vandalised some shops.