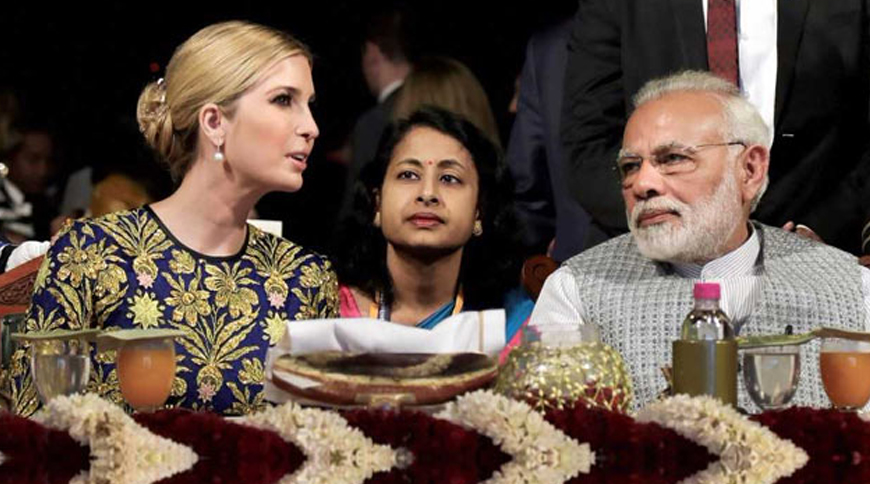 CCTV footage from Taj Falaknuma Palace Hotel went out to local TV channels in Telangana on Tuesday when PM Narendra Modi was hosting GES 2017 delegates for a dinner there, although it was strictly banned to telecast the dinner.

The breach happened despite elaborate security arrangements; it has left the Telangana Police in an embarrassing situation. The media was also barred for attending the event.

The CCTV footage was first telecast by local TV channels. The same was noted after national media channels started beaming the live feed of some Telugu news channels at around 9.42 pm.

The CCTV footage showed PM Modi, Telangana CM K Chandrasekhar Rao and Governor ESL Narasimhan on a sofa talking to one another.

But, when PMO came to know about the leak it alerted the Special Protection Group (SPG) that takes care of PM's security.

In what's more shocking is that the CCTV footage was aired live from the command and control centre at the city police commissioner's office.