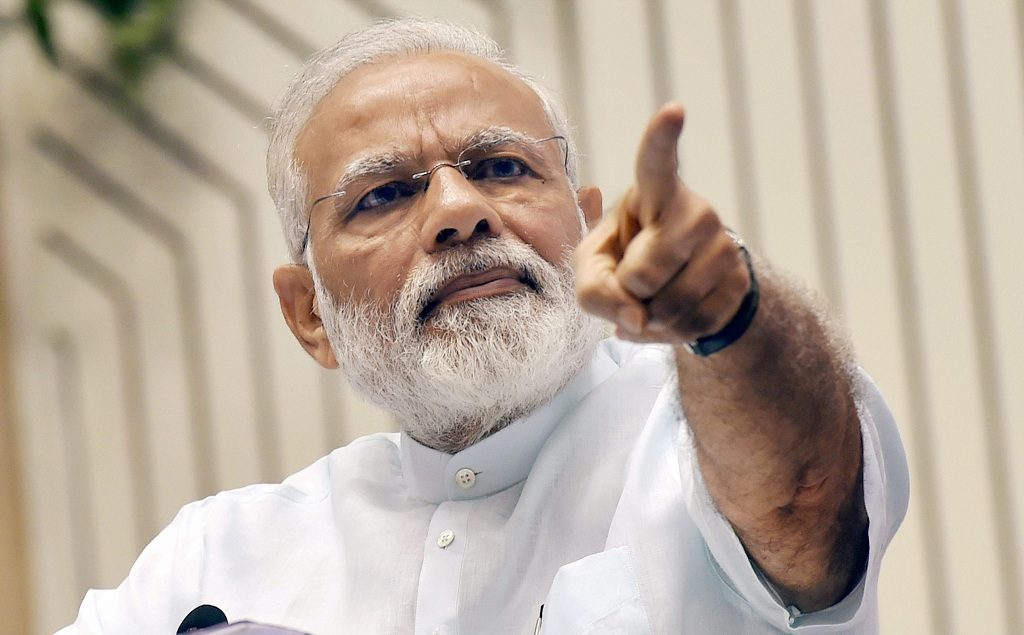 New Delhi: Prime Minister Narendra Modi on Sunday pitched for conducting simultaneous elections to the Lok Sabha and the state assemblies and shifting to a January- December fiscal year.

"Because of poor time management, many good initiatives and schemes had failed to deliver the anticipated results," he said, adding there is a need to develop robust arrangements that could function amidst diversity.

The prime minister called for carrying forward the debate and discussions on holding simultaneous elections to Parliament and state legislatures.

On the Goods and Services Tax (GST), Modi asked the states to make legislative arrangements "without delay" for the rollout of the indirect tax regime from July 1.

The GST, which will subsume central excise, service tax, Value Added Tax (VAT) and other local levies, is scheduled to be rolled out from July 1.

The consensus on GST reflects the spirit of 'one nation, one aspiration, one determination', Modi earlier said in his opening remarks at the meeting.

He added that there have been suggestions to follow January to December as financial year.

The prime minister asked the states to take the initiative in this regard. Currently, India follows April- March as fiscal year.

Later, briefing reporters about the meeting, Niti Aayog vice chairman Arvind Panagariya said the prime minister wants that "we should think of January-December financial year as this is appropriate from the point of view of farmers".

Modi also urged states, local governments and NGOs to decide goals for 2022 and work in mission mode towards achieving them.

Referring to the issue of regional imbalance, which was raised by a number of chief ministers, Modi said the matter needs to be addressed on priority, both nationally, and within states.

He also called upon states to "speed up capital expenditure and infrastructure creation" to spur growth.

"Niti Aayog is working on a 15-year long term vision, 7-year medium-term strategy, and 3-year action agenda," Modi said, adding the vision of 'New India' can only be realised through the combined efforts and cooperation of all the states.

The draft of the three-year action plan was circulated at the meeting and would be finalised after seeking comments of the chief ministers.

Stating that poor infrastructure in the country is hampering the economic development, Modi said that more expenditure on basic infrastructure such as roads, ports, power and rail would help in accelerating the pace of growth.

The meeting of the Governing Council at the Rashtrapati Bhavan was attended by several chief ministers, including from non-BJP ruled states like Punjab, Bihar, Tripura and Karnataka.

The council, which is the apex body of the Niti Aayog, is headed by the prime minister and includes all chief ministers and the Aayog's members.