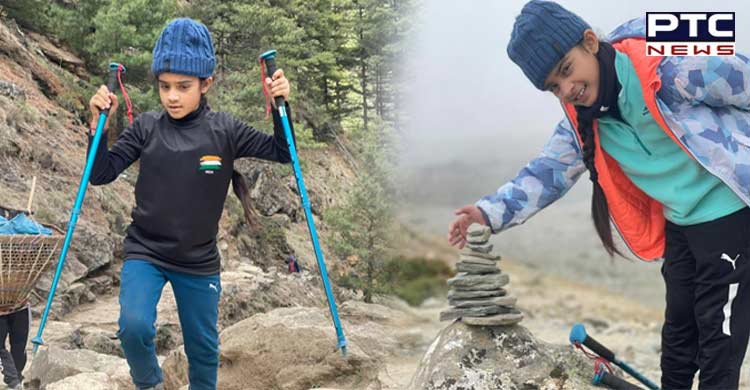 Chandigarh, June 14: Making her parents as well as the state proud, Saanvi Sood, a Class II student of Yadavindra Public School, Mohali, Punjab, has set a new national record by summiting the Everest base camp.

Saanvi Sood has now become the youngest girl in India to wave the Indian flag at the base camp of Mount Everest at a height of 5,364 metre. She achieved this feat on June 9 by scaling the summit with her father Deepak Sood.

A few days back, Rhythm Mamania (10) from Mumbai, ho is a skater, became one of the youngest Indian mountaineers to climb the Everest base camp. She completed the trek in 11 days. She was accompanied by her parents.

Mount Everest is about 60 million years old. The limestone and sandstone on the summit were found to be submarine sedimentary rocks formed approximately 450 million years ago.