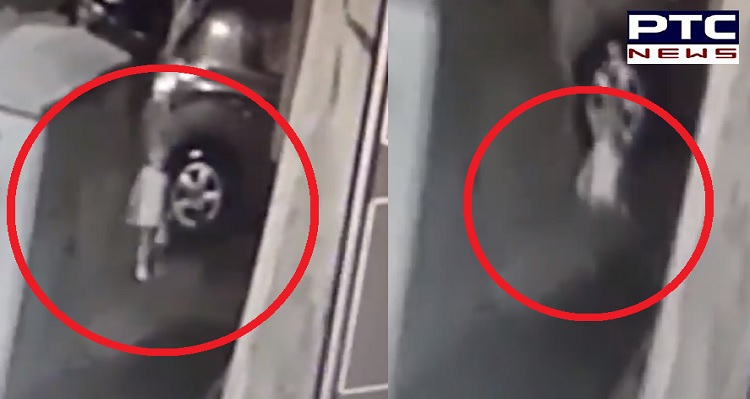 Mumbai: A three-year-old boy fell in a gutter near Ambedkar Nagar area of Goregaon around 10:24 PM on Wednesday. The rescue operation is underway. The whole incident has been captured on the CCTV cameras in which it is easily visible that how the boy fell in an open gutter. The child has been unidentified as the identity is yet to be figured out. In a video, the boy was seen walking around the street at night. While walking on the streets, the toddler fell straight into the opened sewage gutter.

The incident took place in the wake of raining in the city. The Mumbai Fire Brigade rushed to the spot and started the search operation. The Police, Ambulance and Ward Staff along with MFB are looking for the child. The search operation took place till Thursday morning, but the toddler couldn't be rescued so far.

According to the Indian Meteorological Department (IMD), the rains are expected to pour on the city for the next 48 hours. Also, the weather forecast might hamper the rescue operation which is still underway.

Meanwhile, operation is still underway to rescue the boy who fell in a gutter in Ambedkar Nagar area of Goregaon. An operation was carried out along with drainage dept initially. The search was done in drainage line in 10km area & wall was broken with help of JCB. More details are yet awaited.