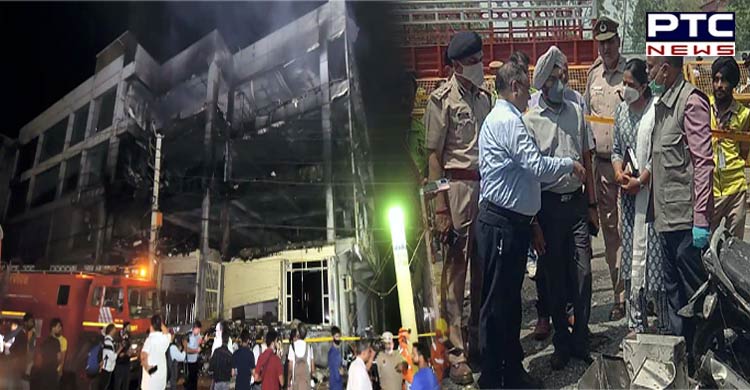 New Delhi, June 7: The Forensic Science and Laboratory team, on Tuesday, handed over the DNA sample reports of victims of the Mundka fire incident to the Delhi Police.

Several samples were matched with DNA from the missing person's relatives by the forensic team. DNA samples from 26 people were taken from blood relatives, according to Delhi Police.

On May 13, a major fire broke out at an office building in Mundka, Delhi, killing 27 persons.

The four-story building held offices for several businesses. According to the FIR filed by the Delhi Police, the building lacked a fire safety protocol.

Only eight of the 27 bodies were identified and DNA profiling was performed on the remaining bodies, said Delhi police.

North Delhi Municipal Corporation (NDMC) suspended two officials, including a section officer, in the aftermath of the incident.