Muscular security policy will not work in J&K: Mehbooba says after her resignation 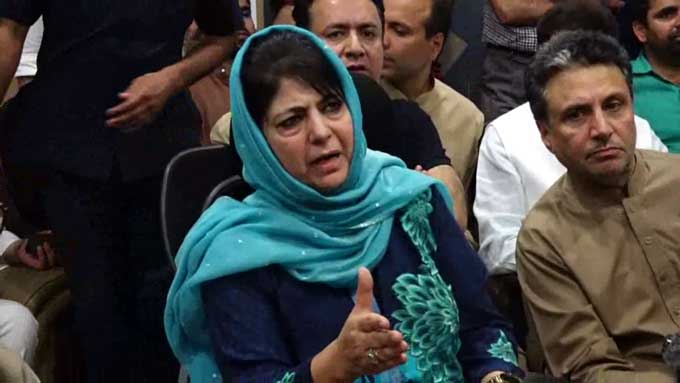 PDP chief and Jammu and Kashmir chief minister Mehbooba Mufti Tuesday raised the bogey of Article 370 and unilateral ceasefire, saying muscular security policy will not work in the state and reconciliation is the key.

"I am not shocked as this alliance was never for power. PDP never believes in power politics and we worked for the people," she told reporters after an hour-long meeting with her ministers and party workers at her residence. 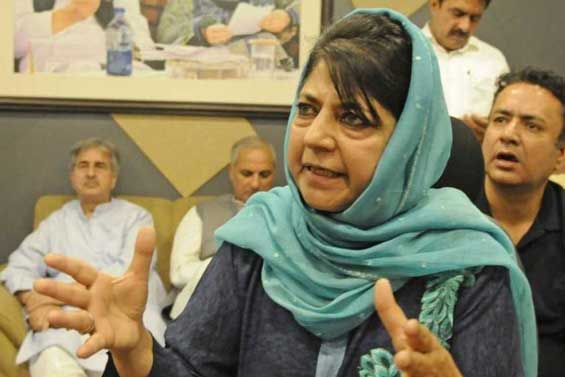 Mehbooba maintained that Jammu and Kashmir was not an enemy territory as being perceived by a few. "We had always said muscular security policy will not work in J&K, reconciliation is key," she said.

She began her press conference by raising Article 370, under which the state enjoys a special status, and said "...We have safeguarded Article 370 and 35-A (of the Constitution) and we will continue to do that". 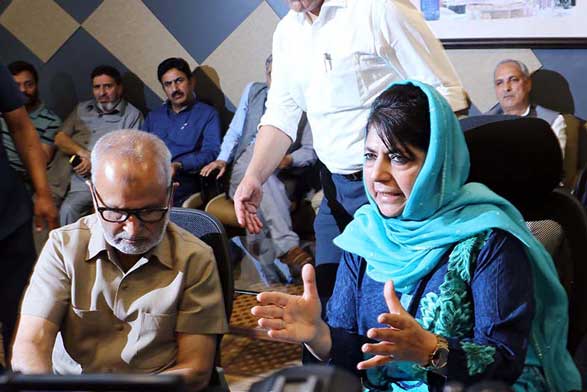 "We have been able to withdraw 11,000 cases against the stone pelters," she said while listing her side of the story after the BJP pulled out of its alliance with the PDP in the state.

She also mentioned about the unilateral ceasefire during Ramazan announced by Home Minister Rajnath Singh and Prime Minister Narendra Modi's visit to Lahore in 2015.

Mehbooba, who submitted her resignation to the governor this evening , said her party will continue to strive for dialogue and reconciliation in the state.

"I have told the governor we will not go into any other alliance," she said.

Mehbooba said her party, PDP, had entered into an alliance with the BJP with the aim of achieving the bigger objective of reconciliation and dialogue in Jammu and Kashmir which will bring out the people of the state from the present situation of turmoil.

We joined hands with the party ruling at the Centre with the aim that it will help in bringing out the state from its situation of turmoil. It took us several months to chalk out the agenda of alliance which was aimed at reconciliation and dialogue in Jammu and Kashmir," she said.

Mehbooba said her party's objective was reconciliation in Jammu and Kashmir through dialogue, confidence building measures and good relations with Pakistan.

"That is why we had a unilateral ceasefire which had given relief to the people here. People had expressed satisfaction after many years. However, it was not appropriately responded to by the other side and there was an attempt somewhere from the other side to end the ceasefire, which happened," she said.

Mehbooba said there was no alternative to the healing touch policy of the PDP.

"We believe that there is no alternative to the PDP's healing touch agenda under which talks should be held with Pakistan, people of Jammu and Kashmir, more and more routes (across the Line of Control) should be opened," she added.

In an apparent report card of her government, Mehbooba said there were apprehensions with regard to special status of Jammu and Kashmir following the PDP's alliance with the BJP.

"The biggest apprehension in the people of Jammu and Kashmir, especially the people in the valley, was about the status of Article 370, (which guarantees) special status of the state. We defended Article 35-A and Article 370 in the court," she said.

She said her government also worked towards maintaining the integrity of the state.

"After BJP come to power, there was a sense of insecurity among the minorities in Jammu region. There was the Rasaana (Kathua rape and murder) case and cow vigilante case...The government took a stand. We made all efforts to ensure that Jammu, Kashmir and Ladakh stay united," she said.

Mehbooba said despite facing difficulties at the ground level, the PDP workers supported the government.

"We have tried our best for dialogue and reconciliation and in future also we will continue to make efforts in this regard," she added.

"We did not enter into this alliance for power. Had it been for power, that time Omar (Abdullah) and Congress had offered us support. This alliance was for a bigger objective -- unilateral ceasefire, PM's visit to Pakistan, withdrawal of cases against 11,000 youths, dialogue offer from Home Minister. This was the bigger objective, not power politics," she added. PTI