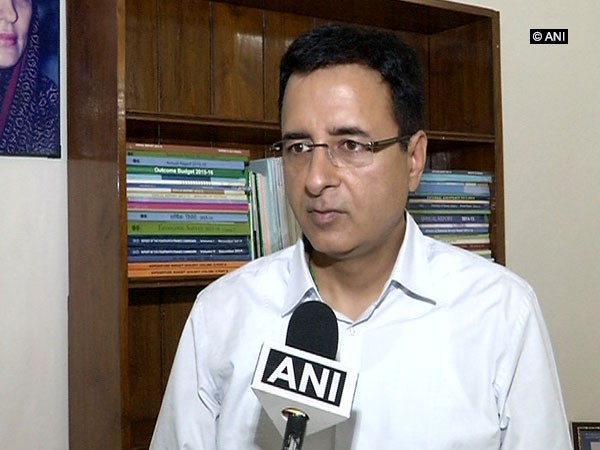 New Delhi: A day after the Central Bureau of Investigation (CBI) registered cases against 13 persons in connection with the Narada sting operation case, the Congress dubbed the former as the 'Chargesheet Bureau against India's opposition' and said the agency is working like a puppet which is being controlled by Bharatiya Janata Party (BJP).

"CBI's new name is Chargesheet Bureau against India's opposition. The reason is very simple. Vendetta, vindictiveness and a keen desire to seek revenge on part of (BJP) Government drives CBI as puppet acting on the agenda of BJP. If somebody is guilty in Narada, by all means take action against him or her. But to chargesheet the entire party i.e. Trinamool Congress purely because they are hostile to you politically reflects on the functioning of CBI as a captive puppet playing in the hands of the BJP," Congress leader Randeep Surjewala told ANI.

Meanwhile, Communist Party of India (Marxist) MP Mohammad Salim said the agency should probe the case fairly adding that the moral authority of the Parliament is going down because of the political consideration.

"It is a long pending issue. First time in independent India FIR was launched against more than dozen of leaders. Because of the political consideration the moral authority of the Parliament is going down. CBI must continue this investigation fearlessly without any political influence. It must be quick in probing the case and it must be full proof conviction ," Salim told ANI.

The decision comes a month after the Supreme Court extended the time given to the CBI for conducting preliminary inquiry in the case.

The three judge bench of the apex court headed by Chief Justice of India (CJI) Jagdish Singh Khehar said that the CBI investigation would go on against the accused persons in this case.

Kapil Sibal, one of the lawyer's for accused persons, pleaded to the top court for a Special Investigation Team (SIT) or any other independent investigation but it was rejected by the apex court.

The CBI had on March 20 registered a preliminary inquiry into the case.

As per sources, the CBI also seized laptop and spy cam used by the Narada News in their sting operation.

Reacting to the court's order, Mamata said that she will appeal against the court order in a "higher judiciary".

Earlier in April 2016, the court had formed a three-member committee to probe the controversial tapes.

Narada News, led by its editor-in-chief Matthew Samuel, had earlier released three sets of videos of its sting operation, where top TMC leaders were allegedly seen accepting bribes from journalists posing as businessmen.

The ruling party had dismissed the allegation citing that the tapes are 'doctored'.

The sting operation video was released by the portal on March 14, 2016, just ahead of the West Bengal Assembly elections.