Army recovered 8 AKS 74u with 24 mags and 560 rds, 12 pistols with 24 mags and 244 rds, 14 grenades, 81 balloons with Pak flag imprint, wheat bags and synthetic gunny bags with made in Pakistan print 5 No's among other incriminating materials. 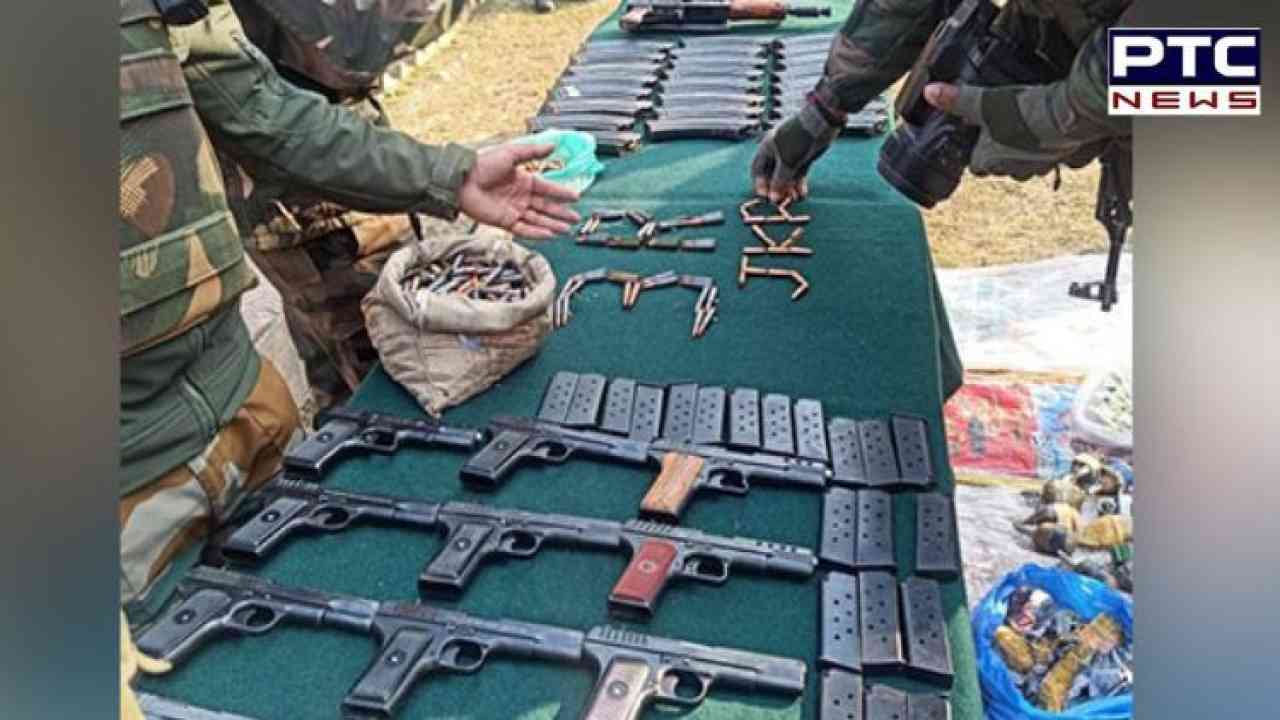 Baramulla (Jammu and Kashmir), December 24: The Indian Army recovered a huge cache of arms and ammunition during a joint search operation in Baramulla district on Saturday.

"Baramulla police along with three personnel of the Army recovered 8 AKS 74u with 24 mags and 560 rds, 12 pistols (Tokarev type) with 24 mags and 244 rds, 14 grenades, 81 balloons with Pak flag imprint, wheat bags and synthetic gunny bags with made in Pakistan print 5 No's among other incriminating materials recovered from the general area of the Hathlanga sector of Uri," a security official said on Saturday.

A case has been registered in Police Station Uri in this regard and investigations are underway.

Notably, J-K Police arrested 17 people from various areas of Kupwara and Baramulla districts on Friday, including five police officers, a political activist, a contractor, and a shopkeeper, after discovering a narcotics smuggling module originating in Pakistan, according to a statement.

According to the statement, a poultry shop owner was arrested with narcotics from his home after police received a tip from Mohd Waseem Najar. Waseem admitted to being a member of a large drug ring and provided the names of some of his associates in the district as well as those in Uri in the Baramulla district.

Further, raids were conducted at various locations throughout the district, according to the statement, and 16 more people were arrested.