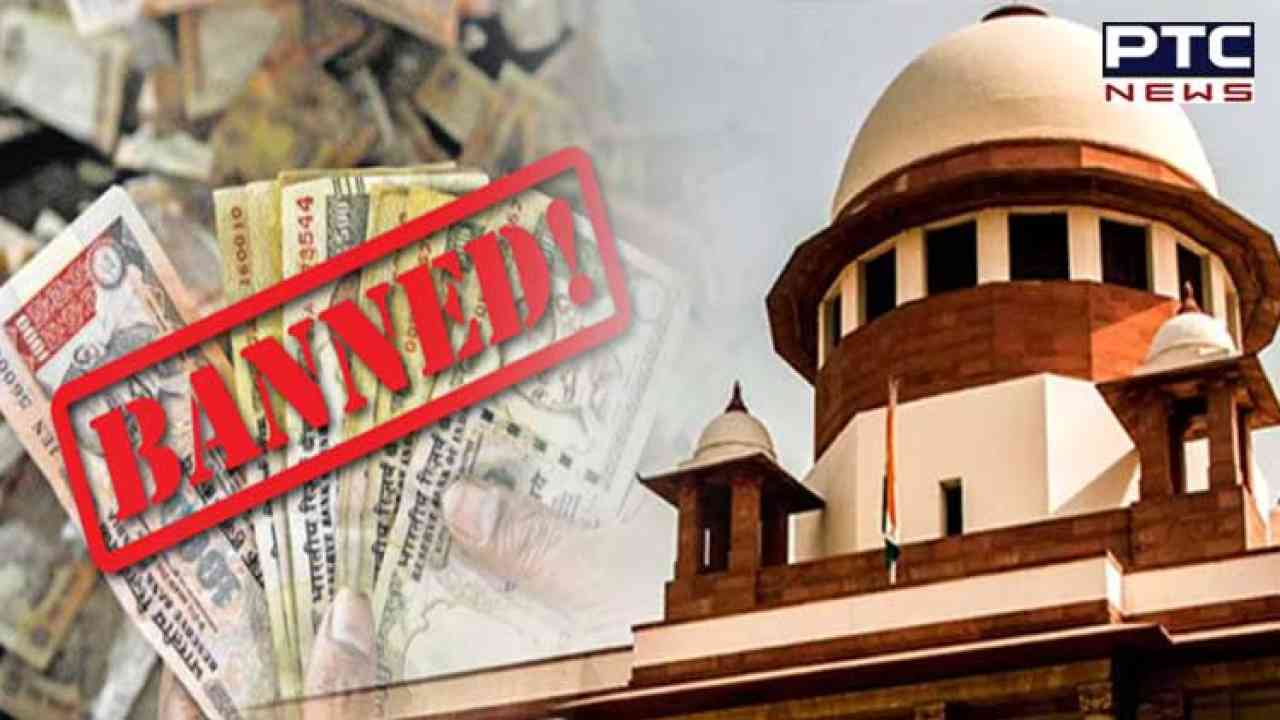 New Delhi, November 16: Defended its decision to demonetise Rs 500 and 1,000 currency notes in 2016, the Centre in its affidavit filed in the Supreme Court on Wednesday said that it was a major step to fight the menace of fake currency notes, terror financing, black money and tax evasion.

The central government stated in its affidavit filed in the Supreme Court that it was part of a larger strategy to combat the threat of fake money, terror financing, black money and tax evasion, but that it was not limited to these.

"It was an economic policy decision exercised in accordance with powers conferred by an Act of the Parliament (RBI Act, 1934), in conformity with the provisions of the said Act and was subsequently affirmatively taken note of by the Parliament in the Specified Bank Notes (Cessation of Liabilities) Act, 2017," the affidavit stated.

The affidavit was filed in response to the various petitions filed against the Centre's November 8, 2016 decision. The matter is being heard by the Constitution Bench of the Supreme Court.

According to the government, the notification issued on November 8, 2016, was a significant step toward combating the threat of fake currency notes, the storage of unaccounted wealth, and the financing of subversive activities.

The government also stated, "The expansion of the formal sector and the shrinking of the informal sector were undertaken through a series of policy measures. The policy push included digitalising transactions, technology connectivity and implementation to enable last-mile reach, increasing the tax base, enhancing tax compliance, lowering the cost of doing business, eliminating policy distortions, facilitating financial inclusion at the formal sector level and labour and agrarian reforms."

The withdrawal of the legal tender character was one of the significant steps in the enhanced formalisation of the economy with the aim of expanding opportunities for the millions living on the periphery of the economy, the Centre added.

On November 24, the Constitution Bench of the Supreme Court will hear the pleas challenging the decision to demonetise currency notes of Rs 500 and Rs 1,000 in 2016.