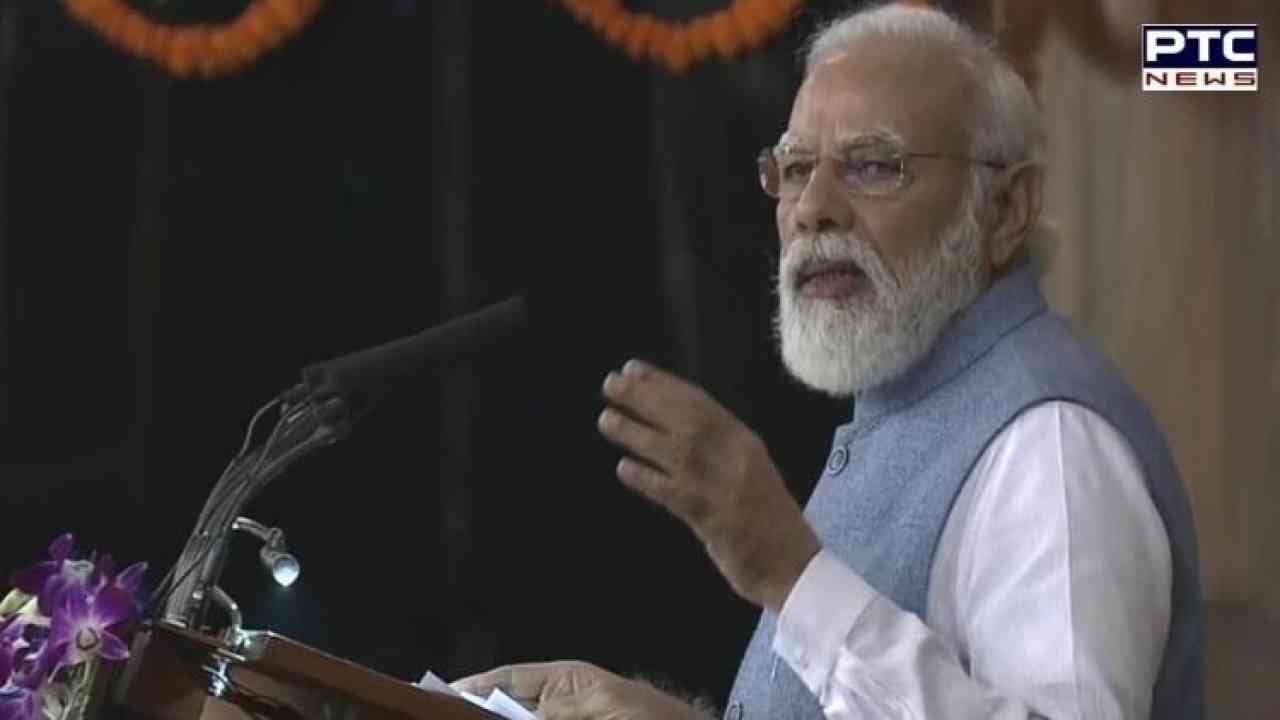 New Delhi, November 26: Prime Minister Narendra Modi on Saturday paid homage to the makers of the Indian Constitution and reiterated the commitment to fulfil their vision.


"Today, on Constitution Day, we pay homage to those greats who gave us our Constitution and reiterate our commitment to fulfil their vision for our nation," PM Modi said in a tweet attached with a one-minute short video. The video shared by the official handle of PM Modi gave a quick glimpse of twenty-two chapters of the Constitution.

According to an official press statement, PM Modi is scheduled to participate in Constitution Day celebrations in the Supreme Court today at 10 am.

During the programme, the Prime Minister will launch various new initiatives under the e-court project. The Project is an effort to provide services to litigants, lawyers and the judiciary through ICT enablement of courts.

The initiatives being launched by the Prime Minister include Virtual Justice Clock, JustIS mobile App 2.0, Digital court and S3WaaS Websites.

"Virtual Justice Clock is an initiative to exhibit vital statistics of the justice delivery system at the Court level giving the details of the cases instituted, cases disposed and pendency of cases on a day/week/month basis at the Court level. The effort is to make the functioning of the courts accountable and transparent by sharing with the public the status of case disposals by the court. The public can access the Virtual Justice Clock of any court establishment on the District Court's website," the statement said.

JustIS Mobile App 2.0 is a tool available to judicial officers for effective court and case management by monitoring the pendency and disposal of not only his court but also individual judges working under them. This App is also made available to High Court and Supreme Court Judges who can now monitor the pendency and disposal of all the States and Districts under their jurisdiction.

The digital court is an initiative to make court records available to the judge in digitised form to enable the transition to Paperless Courts.

S3WaaS Website is a framework to generate, configure, deploy and manage websites for publishing specified information and services related to district judiciary. S3WaaS is a cloud service developed for government entities to generate Secure, Scalable & Sugamya (Accessible) websites. It is multilingual, citizen-friendly and divyang friendly.