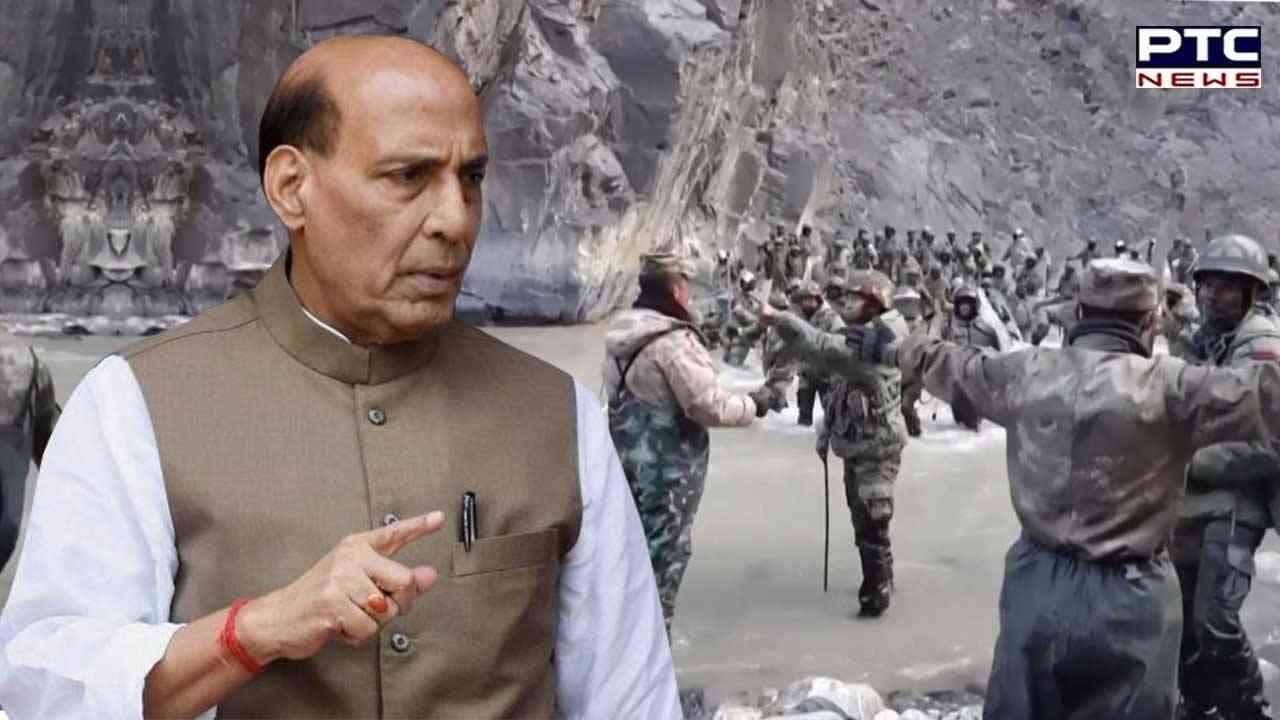 New Delhi , December 13 : Defence Minister Rajnath Singh on Tuesday held a high level meeting with Chief of Defence Staff General Anil Chauhan and service chiefs, a day after the emergence of the report of clash between troops from India and China along the Line of Actual Control (LAC) in Arunachal Pradesh's Tawang sector on December 9.

The defence minister received updates on the recent clash between troops of both sides in Tawang, defence sources said.

Rajnath Singh will make a statement in Lok Sabha at 12 noon today and in Rajya Sabha at 2 pm. Today is the fifth day of the Winter Session of Parliament.

Several opposition leaders have submitted notices in Parliament on the clash.

The Indian troops deployed in Arunachal Pradesh's Tawang sector on December 9 gave a befitting response to the Chinese troops and the number of Chinese soldiers injured in the clash is more than the Indian soldiers, sources said on Monday.

They said the Chinese had come heavily prepared with around 300 soldiers but did not expect the Indian side also to be well prepared.


They said on December 9, 2022, PLA troops contacted the LAC in Tawang Sector of Arunachal Pradesh which was contested by Indian troops in a firm and resolute manner.


They said as a follow-up of the incident, India's Commander in the area held a Flag Meeting with his counterpart to discuss the issue in accordance with structured mechanisms to restore peace and tranquillity.

The sources said that in certain areas along the LAC in the Tawang Sector in Arunachal Pradesh there are areas of differing perception, wherein both sides patrol the area upto their claim lines. This has been the trend since 2006.