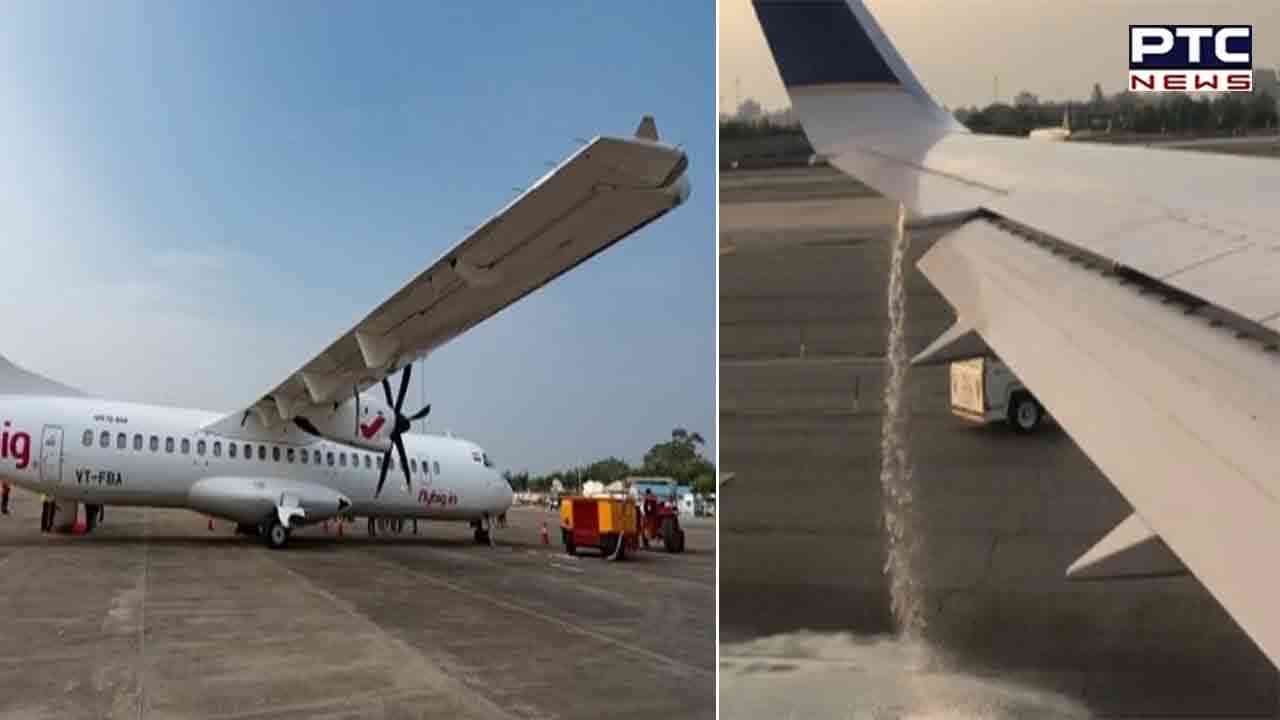 New Delhi , December 7 : The Directorate General of Civil Aviation (DGCA) grounded the aircraft of Flybig airlines after a fuel leakage was reported at Patna airport on Tuesday.

A senior DGCA official informed that aircraft VT-TMC of Flybig airlines was scheduled to take off for Guwahati from Patna airport at 6.15 pm when fuel leakage was noticed during transit inspection.

He added that during the inspection, fuel running leaked from the top of the wing right-hand side between ribs four and five after refueling.

"Senior officers were informed about it and the aircraft has been grounded at Patna airport and will be able to fly only after our clearance. We are investigating the incident," he said.