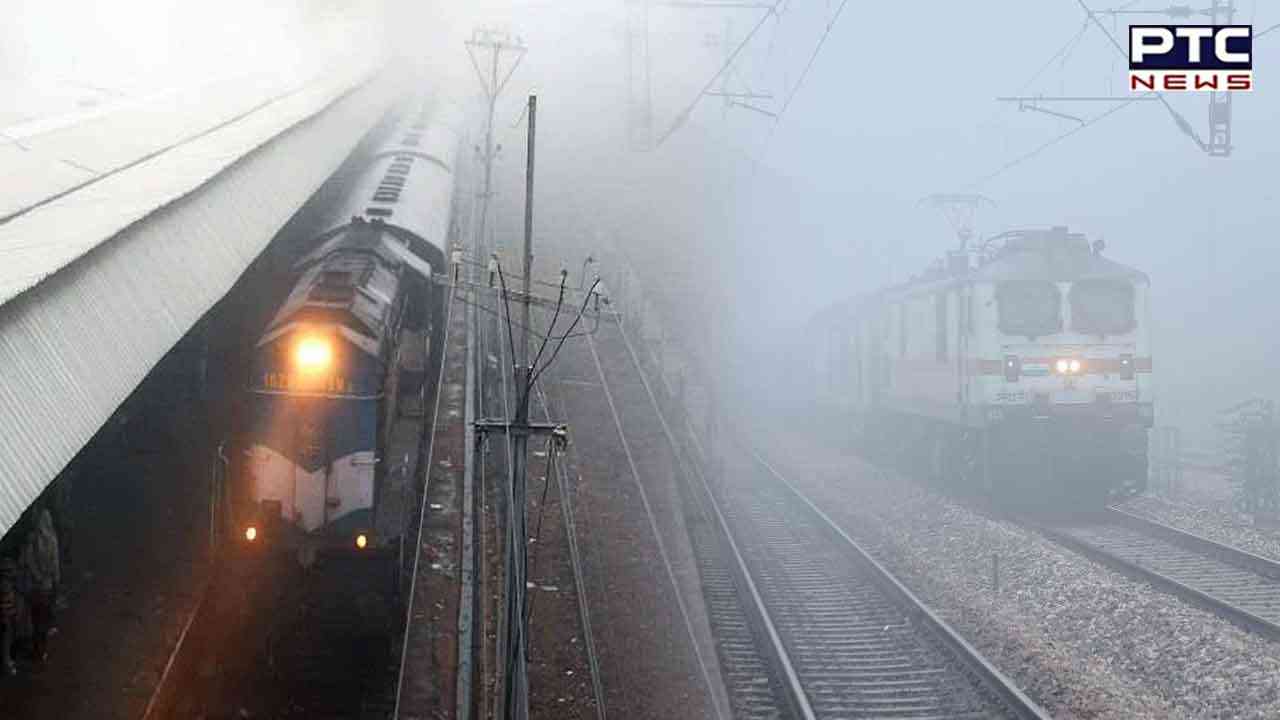 New Delhi, January 22: At least 13 trains have been running late in the northern region of the country by several hours on Sunday.

On Sunday morning, the fog in New Delhi worsened again. According to IMD, visibility at Indira Gandhi International (IGI) Airport was 400 metres, but it is expected to increase to 800 metres by Sunday evening. Up to 13 trains are running late. The Puri-New Delhi Purushottam Express, train no. 12801, is running four hours late. The Mahabodhi Express 12397 from Gaya to New Delhi is four hours and ten minutes late.

15658, Kamakhya-Delhi Brahmaputra Mail, is four hours and 35 minutes late. The 02563, Barauni-New Delhi Clone Special, is expected to be two and a half hours late. Suhaildev Express 22433, Ghazipur City-Anand Vihar Terminal, is one hour and fifty minutes late.

The 12303 Howrah-New Delhi Poorva Express is expected to be one hour and forty minutes late. The 22181 Jabalpur-Hazrat Nizamuddin Gondwana Express and the 12409 Katihar-Amritsar Amrapali Express will be three and a half hours late.

Delays in train arrivals exacerbated passengers' misery as they waited for hours at the New Delhi railway station.

Meanwhile, the national capital experienced moderate fog on Sunday morning, with a minimum temperature of 8 degrees Celsius, according to the India Meteorological Department.