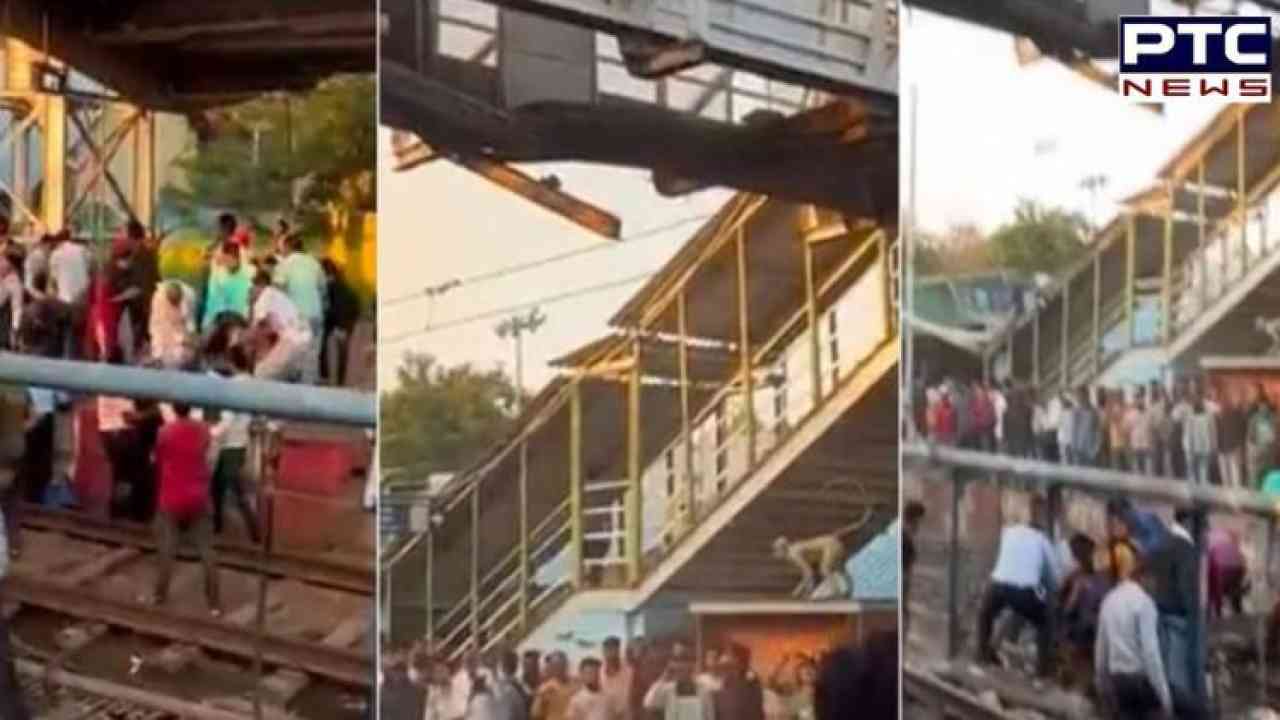 Nagpur, November 27: At least 13 persons were injured as they fell on a railway track after some portion of a foot over-bridge (FoB) collapsed at a railway station in the Chandrapur district of Maharashtra on Sunday.

According to officials, the incident occurred at Balharshah railway station, located around 150 km from here, at 5.10 pm.

"A large number of passengers were using the FoB to board a Pune-bound train when a part of it suddenly caved in. As a result, some people fell on the railway track below from a height of around 20 feet," the official of the Government Railway Police (GRP) informed on Sunday.

Thirteen injured people were taken to the hospital. One of them has suffered head injuries and is in critical condition, he said.

According to the Central Railway (CR), a portion of the pre-cast slab of the FoB connecting platforms 1 and 2 collapsed, but the rest of the bridge is still standing.