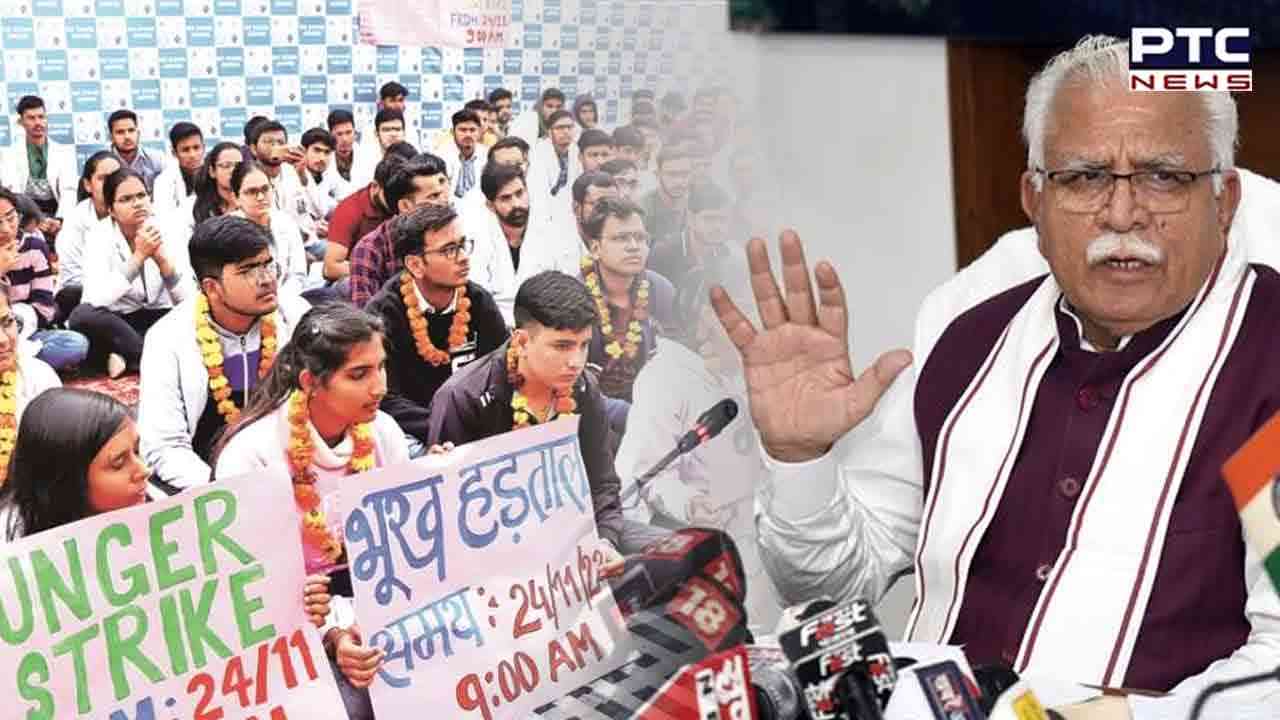 After the four-hour-long meeting, the Haryana CM accepted the demands of the medical students who were upset over the state government’s bond policy.

"To a large extent, an agreement has been reached between the government and the MBBS students. Many of the demands of the students have been modified through mutual agreement," CM Khattar stated.

Meanwhile, students have requested a one-day time to accept the negotiations and decide on ending the stir.

According to the bond policy, MBBS students in government institutions had to sign a tripartite agreement (with the bank and the government) for Rs 40 lakh, including fees, when they enrol. The policy aimed to ensure that medical students serve for seven years in government facilities.

Upset over the same, MBBS students started a protest. Now, CM Khattar has ensured to slash the bond amount of Rs 40 lakh to Rs 30 lakh while the bond time has been reduced to five years from the previous seven years.

Furthermore, a contractual job will be given within a year.