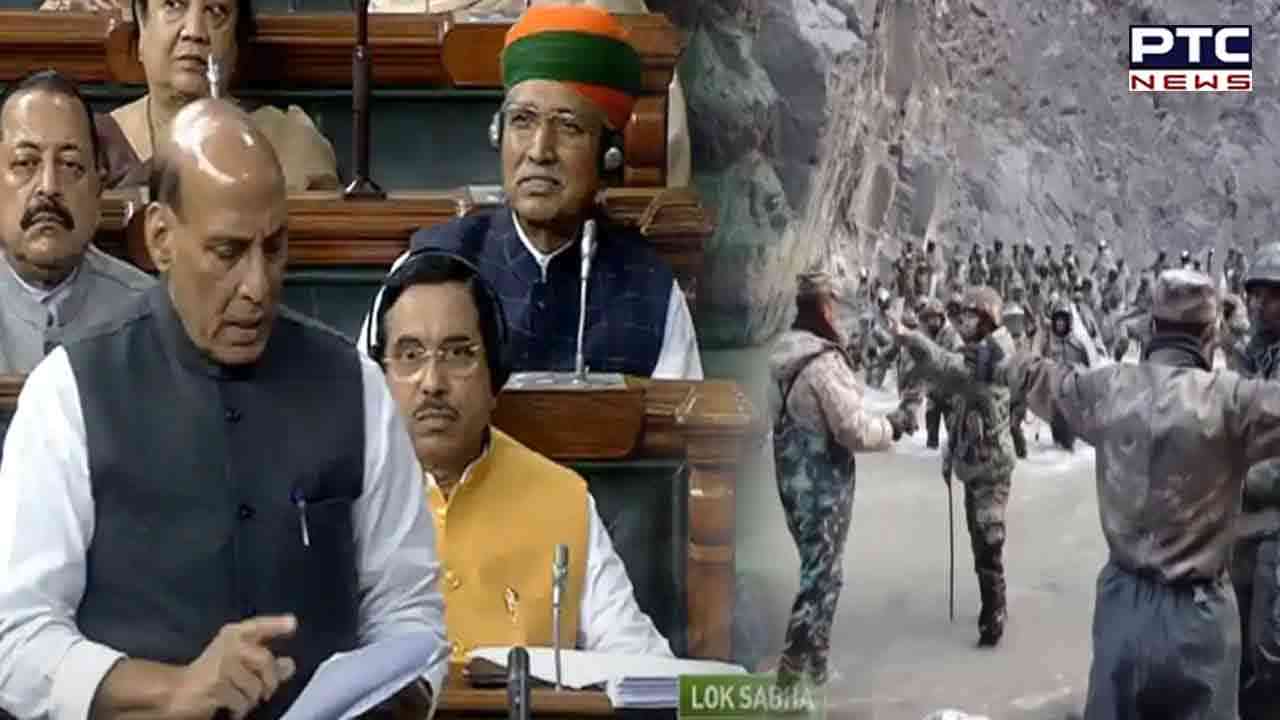 Speaking in the Lok Sabha today, the Defence Minister said that Indian Army bravely stopped the Chinese People Liberation Army (PLA) PLA troops from encroaching on Indian territory, and forced them to withdraw to their posts. "On December 9, 2022 PLA troops tried to transgress the LAC in the Yangtse area of Tawang sector and unilaterally change the status quo. The Chinese attempt was contested by our troops in a firm and resolute manner. The ensuing face-off led to a physical scuffle in which the Indian Army bravely prevented the PLA from transgressing into our territory and compelled them to return to their posts," Defence Minister Rajnath Singh said in the Lok Sabha

. The minister said that the issue had been taken up with China through diplomatic channels. “After this incident, on December 11, the local commander of the area held a flag meeting with his Chinese counterpart under the established system and discussed this incident. The Chinese side was refused all such actions and told to maintain peace at the border,” Singh told the Lok Sabha.

The Defence Minister said that no Indian troops were killed or seriously injured in the incident. Singh said, “In this face-off, a few soldiers on both sides suffered injuries. I'd like to tell this House that none of our soldiers died or suffered any serious injury. Due to the timely intervention of Indian military commanders, PLA soldiers have retreated to their own locations.”

"This matter has also been taken up with China through diplomatic channels. I want to assure the House that our forces are committed to guard our borders and ready to thwart any attempt that will be made to challenge it," Rajnath Singh said.

“I am confident this House will respect the capability, valour and commitment of our armed forces, Singh said. On Monday the Indian Army in a statement said: "On December 9, PLA troops contacted the LAC in Tawang Sector which was contested by own (Indian) troops in a firm and resolute manner. This face-off led to minor injuries to a few personnel from both sides."

"Both sides immediately disengaged from the area. As a follow up of the incident, own (Indian) commander in the area held a flag meeting with his counterpart to discuss the issue in accordance with structured mechanisms to restore peace and tranquillity," it said.

Opposition members earlier today created a ruckus in Parliament over the clash between troops of India and China. Soon after Rajnath Singh’s statement, Opposition leaders staged a walkout from Lok Sabha.