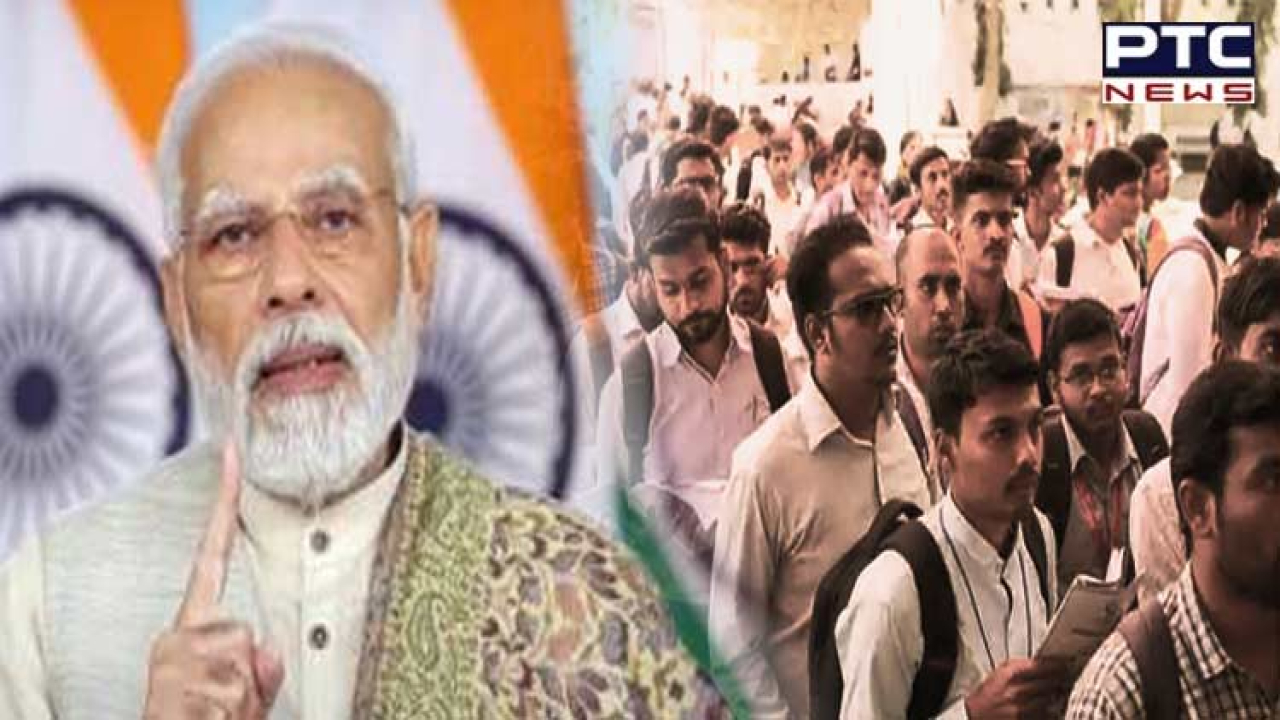 New Delhi, October 30: Prime Minister Narendra Modi on Sunday while addressing the Jammu and Kashmir Rozgar Mela said the youth who are joining government services have to make transparency their priority.

Prime Minister further stated that Jammu and Kashmir is every Indian's pride and that the people will take the region to new heights.

Addressing J-K Rozgar Mela via conferencing, PM Modi added, "Today, job appointment letters are being handed over to 3,000 youths to work in different government departments in Jammu and Kashmir. This decade of the 21st century is the most important decade in the history of Jammu and Kashmir. It is the time to leave the old challenges behind and take full advantage of the new possibilities."

PM said he is happy that the youth of Jammu and Kashmir are coming forward in large numbers for the development of the region.

"Jammu and Kashmir is the pride of every Indian. Together we have to take J-K to new heights. I have been told that since 2019 till now almost 30,000 govt posts have been filled in Jammu and Kashmir, out of which almost 20,000 jobs have been given in the last 1-1.5 years," he said.

Prime Minister said the infrastructure development and connectivity have strengthened the tourism sector in Jammu and Kashmir.

He said Jammu and Kashmir is moving forward with a new transparent system. PM said the administration under J-K LG Manoj Sinha worked hard to end corruption in the system.

In the last eight years, Prime Minister said the central government has taken many steps to encourage employment opportunities. In the first phase of the Rozgar Mela program in the country, over 10 lakh appointment letters are to be handed in the coming few months by the Centre.

During the Rozgar Mela, appointment letters were handed over to 75,000 newly inducted appointees.

According to a statement from Prime Minister's Office (PMO), this is a significant step forward towards fulfilling the continuous commitment of the Prime Minister to providing job opportunities for the youth and ensuring the welfare of citizens.

As per the directions of the Prime Minister, all Ministries and Departments are working towards filling up existing vacancies against sanctioned posts in Mission Mode," the statement said. The new recruits from across the country will join 38 Ministries/Departments of the Government of India.

"The appointees will join the government at various levels viz Group - A, Group - B (Gazetted), Group - B (Non-Gazetted) and Group - C. The posts on which appointments are being made include Central Armed Force Personnel, Sub Inspector, Constable, LDC, Steno, PA, Income Tax Inspectors, MTS, among others," the PMO statement said.

These recruitments are being done in mission mode by Ministries and Departments either by themselves or through recruiting agencies such as UPSC, SSC, and Railway Recruitment Board.

"For expeditious recruitment, selection processes have been simplified and made tech-enabled," the statement concluded.