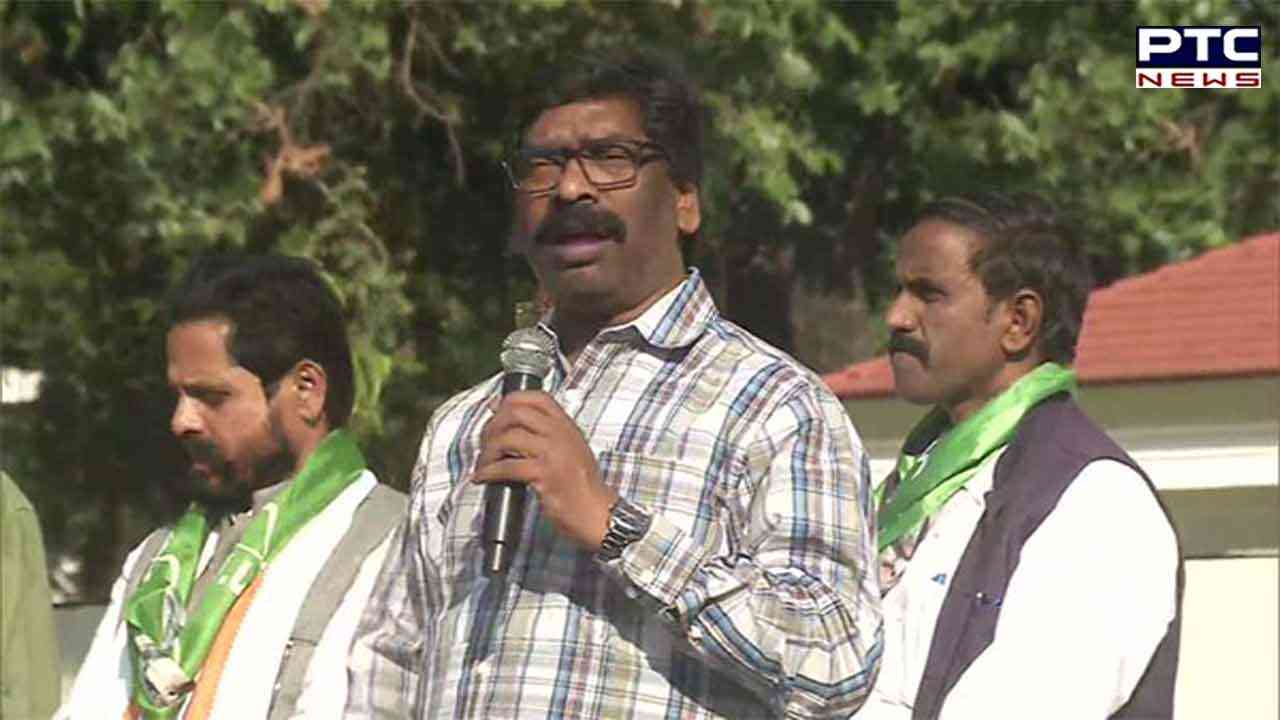 Ranchi , November 16: Jharkhand Chief Minister Hemant Soren on Wednesday alleged that the conspirators are hell-bent to overthrow the current government of the State because "they know that we will strengthen tribals so much that those coming from outside will be thrown out."

He further asked people to decide whether conspirators should rule the State or tribals as he issued a warning that he will see all conspirators one by one.

Addressing the party workers here in Ranchi, the Chief Minister said that for 20 years the State was in the hands of such people who did not care about the development of the people and baton-charged those who demanded their rights.

"As soon as we took over the state, we had to face challenges like the COVID-19 pandemic, drought and others but we faced all the challenges. Our government did the work of giving Khatian to 1,932 people and providing reservations to the people of  OBC in the State. The development of this state can be done only by those who understand the basic sentiments of people here," said Soren.

"You have to decide whether conspirators shall rule or tribals. They are making continuous efforts to overthrow us knowing if I stay for 5 years, I will strengthen tribals so much that those coming from outside will be thrown out. You stand with me and I will see them all one by one," said CM Soren.

The Chief Minister further said they have to take the development of the state into their hands and.

"Today we have to fight another battle. We have to take the development of the state in our hands and establish a strong political system," he added.

Soren's statement came ahead of the Enforcement Directorate's investigation into the illegal mining case.

The ED had rejected Jharkhand CM Hemant Soren's request to prepone his questioning date to November 16 instead of November 17, which was earlier fixed in the agency's second summon, according to the sources.

The Chief Minister was earlier summoned by the central agency on November 3, however, he had skipped the summons citing an official engagement which included attending a tribal festival being organized by the Chhattisgarh government. He had then challenged the ED to arrest him instead of sending summons to him for questioning.

Soren had sought a three-week deferment of the summons issued to him in the case.

Jharkhand Chief Minister Hemant Soren was summoned by ED for investigation over contravention of the Representation of the People Act, 1951 and in a money laundering probe linked to an illegal mining case in the Sahebganj district.

Earlier, Soren had said that after facing defeat in elections four times, the centre is using government agencies in the wrong way. "This is their frustration. Every single voter of Jharkhand will give a reply to the opposition," he said.