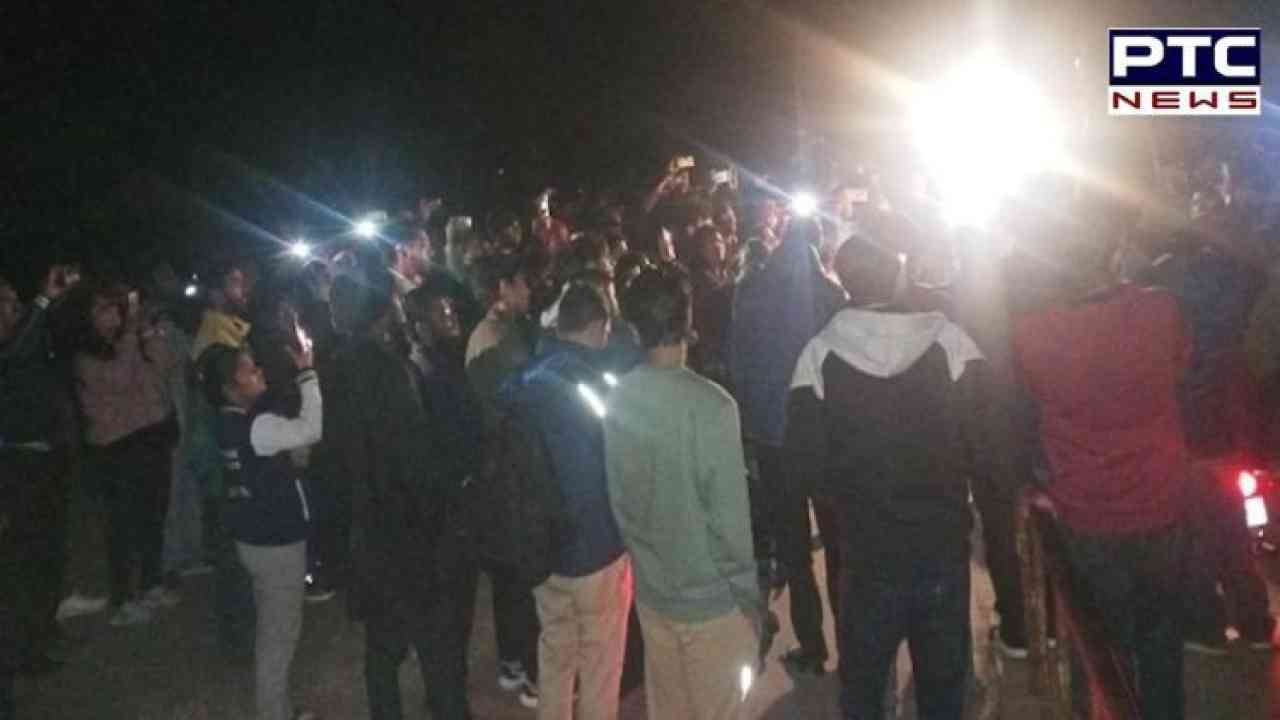 BBC documentary row: The administration of Jawaharlal Nehru University (JNU) cut off the campus's electricity on Tuesday evening after a group of students tried to organise a screening of a controversial BBC documentary on Prime Minister Narendra Modi.

JNU Students' Union (JNUSU) put up posters on campus on Monday announcing the screening of the BBC documentary 'India: The Modi Question' at 9 p.m. on Tuesday in the student body's office. Following this, the JNU administration issued a warning to cancel the event or face "strict disciplinary action".

The student union, however, went ahead with its plan to screen the documentary. In a letter to the administration, the union said that the "screening of the movie/documentary is a voluntary action by the students who wish to watch the screening".

On Tuesday evening, police were stationed outside the JNU campus ahead of the scheduled screening. However, prior to the screening, the electricity was turned off on campus.

Following that, the JNU students' body shared links with students to watch the series on mobile phones.

"The link will be shared en masse with the students present at the JNUSU office and interested in viewing the documentary. We will view the documentary together in a public gathering on our mobile phones. We will be going ahead with the series screening through alternate mechanisms," a JNUSU statement read.