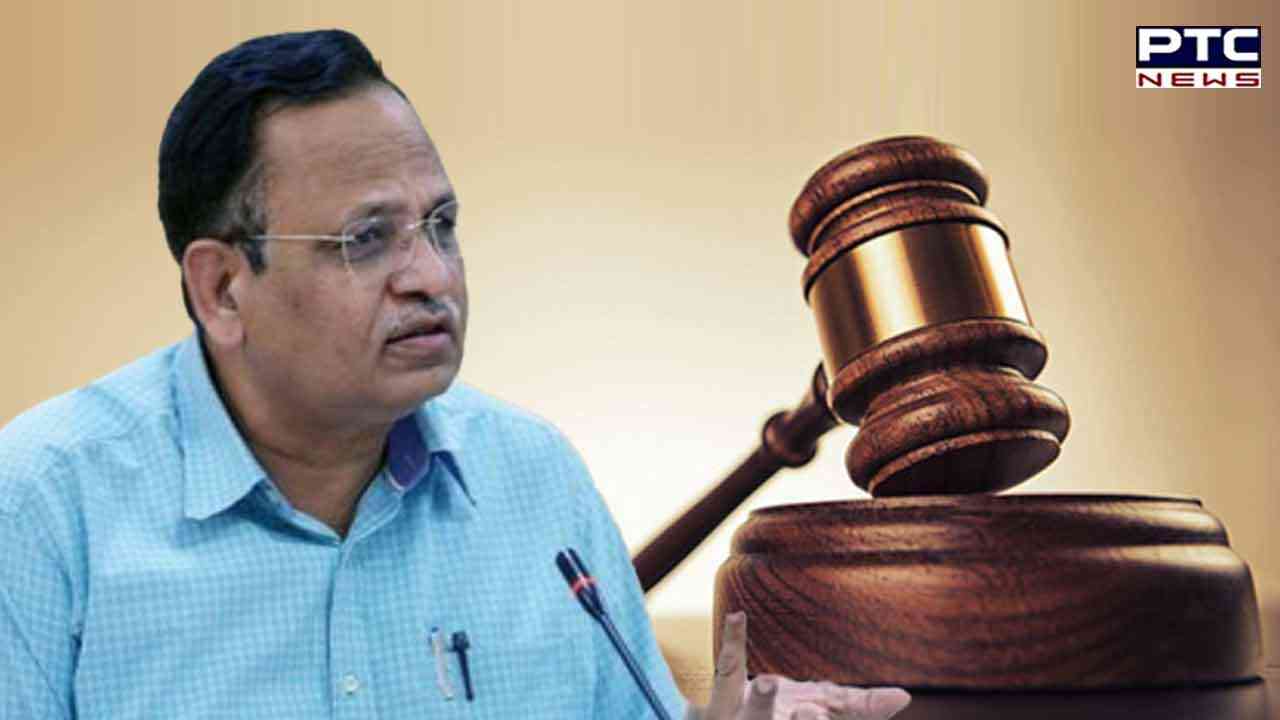 New Delhi, November 16: The CBI Court at Rouse Avenue on Wednesday deferred the pronouncement of the order on bail petitions of Delhi Minister Satyender Jain and two others in the Money Laundering case for Thursday.

Satyender Jain was arrested by the Enforcement Directorate (ED) on May 30. On Wednesday, Special CBI Judge Vikas Dhull stated that the "order copy for all three accused was not yet ready. It'll require some time. Will pass the order at 2:00 PM tomorrow."

The Court on November 11, had kept the order reserved after the conclusion of arguments from all sides.

During arguments, it was submitted on behalf of Jain that the probe related to the applicant has been completed and a charge sheet has been filed. No case of money laundering is made out against the applicant.

It was also submitted that as per the charge sheet the other accused have admitted that the money allegedly laundered belongs to them. Jain has nothing to do with the companies in question.

On the other hand, the bail plea was opposed by the ASG for ED. The ASG S V Raju submitted that there are witnesses and materials sufficient to make out a case of money laundering against the accused.

ASG submitted that the accused was involved in money laundering with other accused. He sent money to Kolkata-based companies and that money belong to Jain. He is the conspirator and kingpin.

ED also raised the issue of special treatment given to Satyender Jain in the Tihar Jail. Special food is being provided to him and getting massages from unknown people. Most of the time he is either in the hospital or in jail enjoying these facilities, said the ED.

The enforcement agency has alleged that the companies which were "beneficially owned and controlled" by Jain had received accommodation entries amounting to Rs 4.81 crore from the shell companies against cash transferred to Kolkata-based entry operators through a hawala route.

The ED case is based on a Central Bureau of Investigation (CBI) complaint registered on the allegation that Satyender Jain had acquired movable properties in the name of various persons from February 14, 2015, to May 31, 2017, which he could not satisfactorily account for.