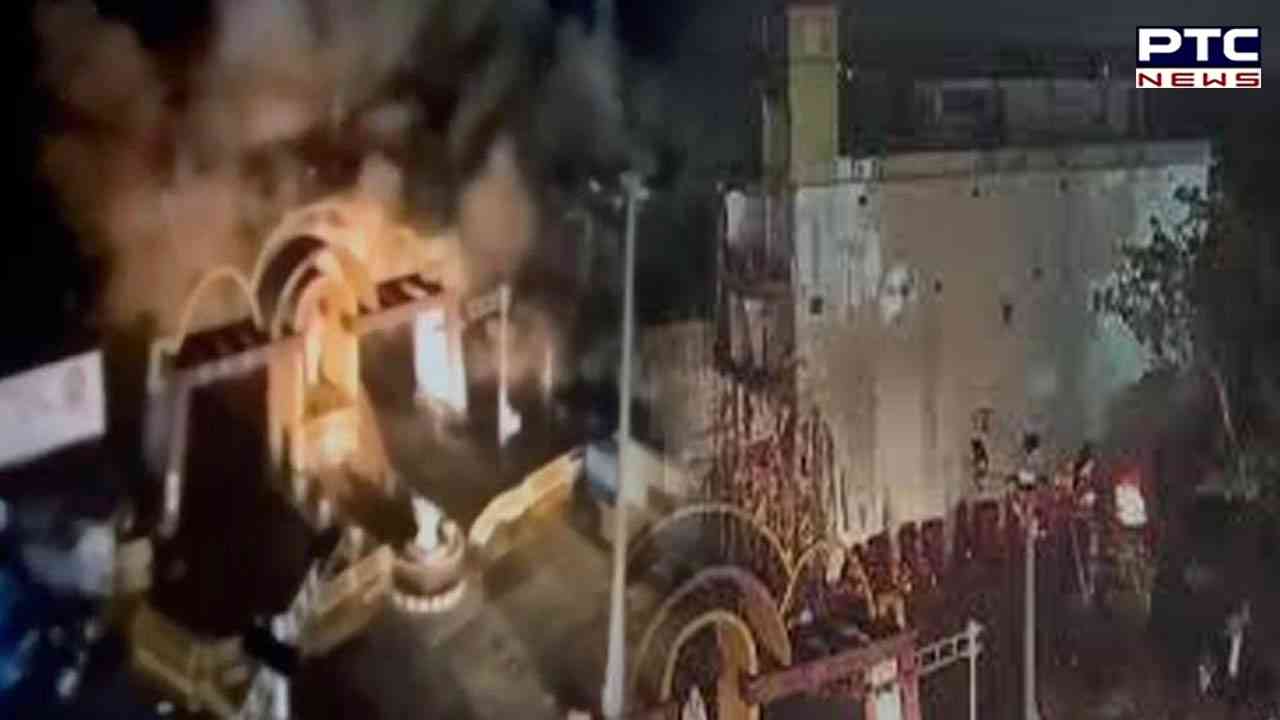 
The BJP leader was accused of killing Jagdish Yadav by running his car over him on December 22. A special team from Indore blasted 60 dynamites on Tuesday evening to demolish the hotel. The building turned into rubble within seconds.

The Hotel Jairam Palace of Mishri Chand Gupta was situated near Makaronia intersection in Sagar.

"In the safety view, traffic was stopped by placing barricades around the intersection. People living in the buildings around the hotel were also alerted. There has been no loss of any kind. Only the building was demolished," said District Collector Deepak Arya.

Jagdish Yadav, resident of a resident of Koregaon was crushed to death by an SUV on December 22. The allegation was levelled against BJP leader Mishri Chand Gupta and his family members.

Police registered a case of murder against eight accused in this case. Out of these, five were arrested. Mishri Chand Gupta is still absconding.

MP: Hotel of BJP leader, accused of murder razed with dynamites in Sagar


It is noteworthy that deceased Jagdish Yadav was the nephew of independent Councilor Kiran Yadav. Kiran Yadav defeated Mishri Chand Gupta's wife Meena by 83 votes in the civic body polls.

It is alleged that Jagdish was murdered in view of this same enmity.