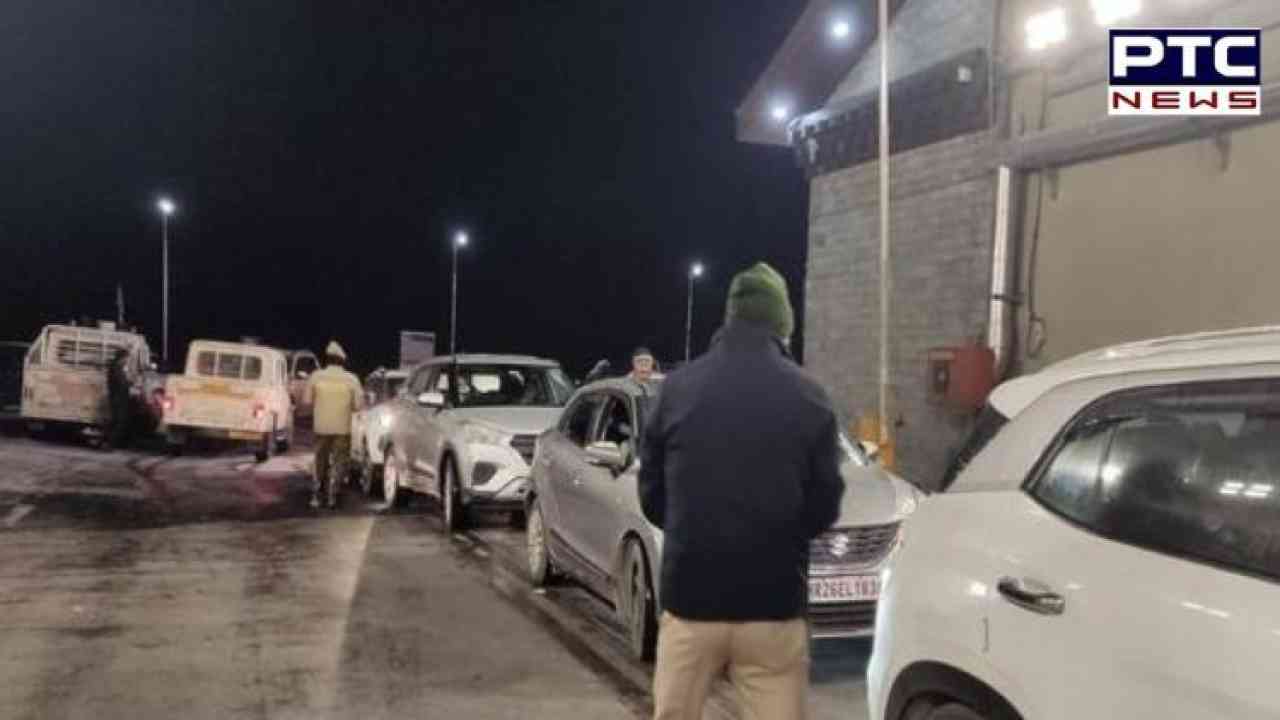 Shimla, December 30: Over 2000 tourists in at least 400 vehicles were stranded near the south portal of the Atal Tunnel in Rohtang Pass after the snowfall. All those stranded have been rescued, officials informed on Friday.

The vehicles became stuck due to slippery conditions after snowfall at the Manali-Leh highway tunnel and surrounding areas on Thursday.

The vehicles were moved to their respective destinations after police teams from Keylong and Manali launched a joint rescue operation that took 10-12 hours and ended around 4 a.m. on Friday.

The tourists, on the other hand, were overjoyed to see and enjoy the snow.

Also Read | Your mother means our mother: Mamata Banerjee to PM after his mother's demise
All vehicles that were hit due to bad weather have safely crossed the South Portal. Sumit Khimta, Deputy Commissioner, Lahual and Spiti, said food arrangements had been made for the stranded tourists and locals.

Tourists are flocking to Kullu and Manali to celebrate the New Year, and footfall is expected to increase after the snowfall.