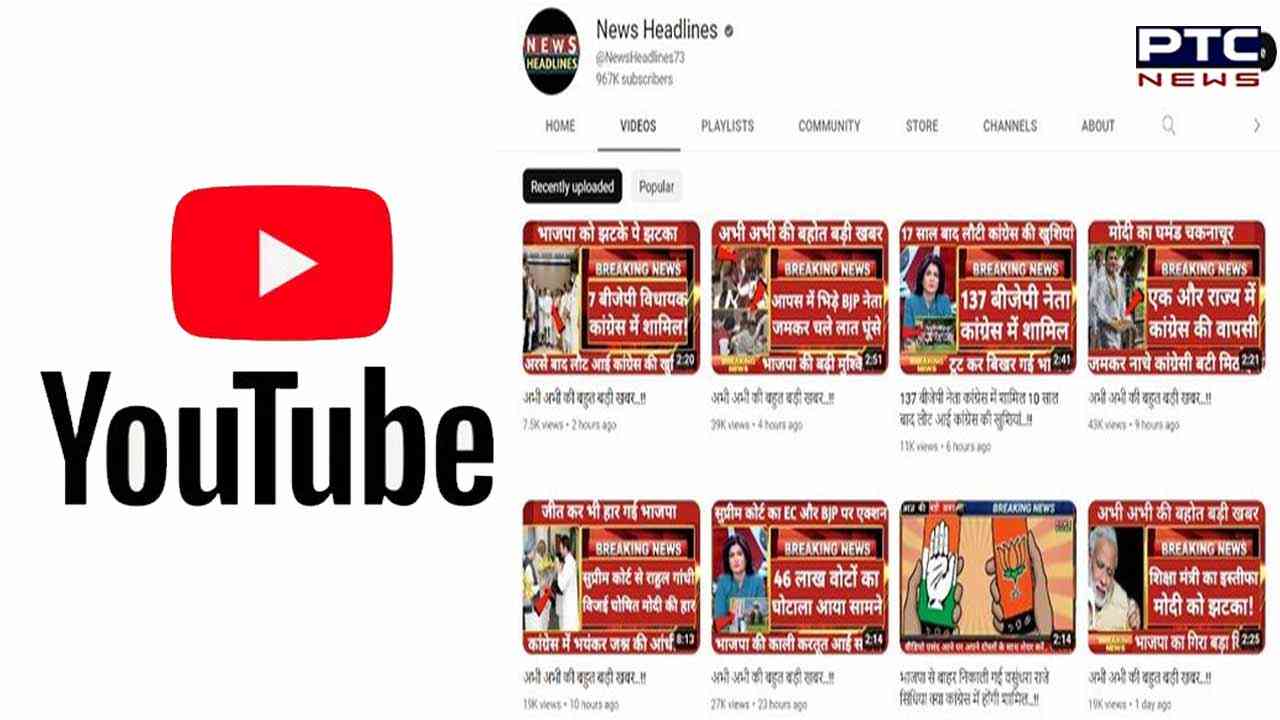 According to the PIB, the YouTube channel has around 10 lakh subscribers and 32 crore views. "A #YouTube channel 'News Headlines' with almost 10 lakh subscribers and 32 crore views has been found to be propagating #FakeNews about the Prime Minister, Supreme Court of India, Chief Justice of India, and the Election Commission of India," the PIB Fact check handle said on Twitter.

The YouTube channel reportedly spread fake news like "elections would be held on ballot paper following the orders of the Chief Justice of India." It has also claimed that re-election will be held for 131 seats in the Uttar Pradesh Assembly.

Earlier, it had also stated that Nitin Gadkari, the union minister for roads and highways, had left the BJP and joined the Congress.

The nodal agency's fact-checking team speaks with the media on behalf of the Indian government. It is effective at spotting fake news spreading on social media and the channels linked to it and alerting users not to believe it.