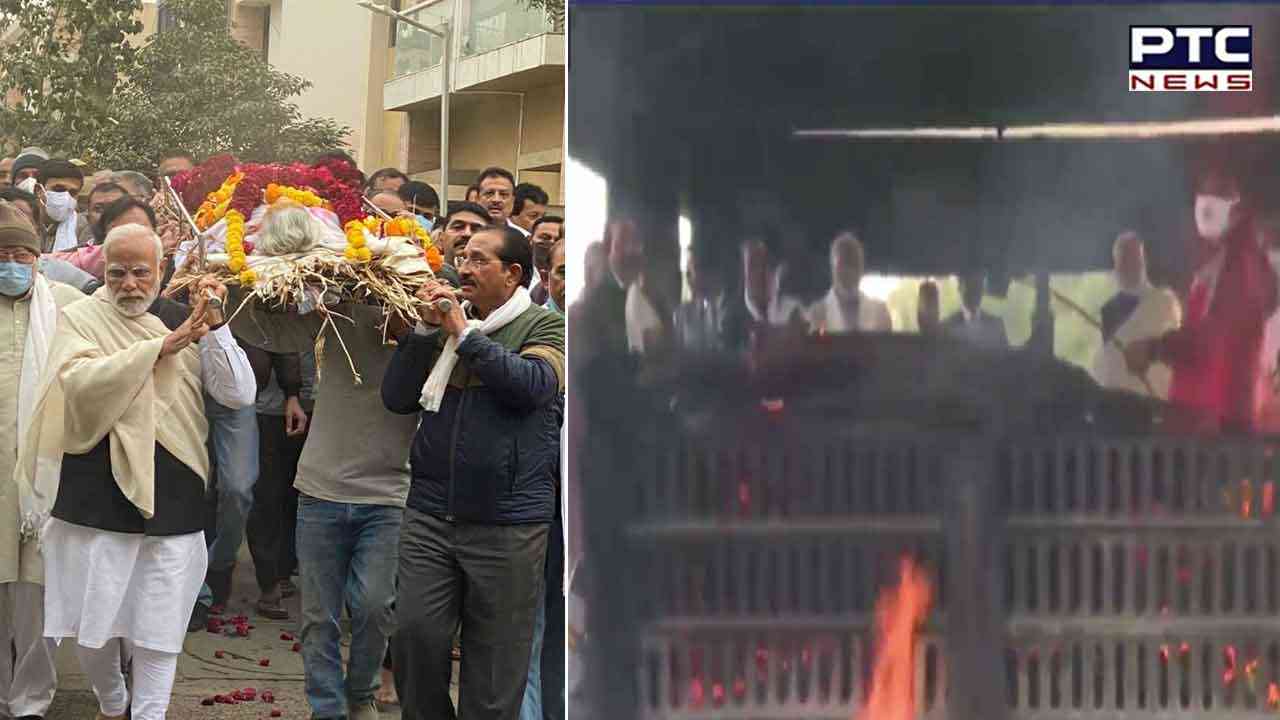 
PM Modi reached Gujarat this morning to bid last farewell to his mother. He first paid tribute to her at her Raysan residence and then carried the bier with the mortal remains to the crematorium for the last rites. Heeraben Modi, 100, passed away at around 3:30 am today at the UN Mehta Institute of Cardiology and Research Centre in Ahmedabad, according to a bulletin from the hospital. She was hospitalised on Wednesday after her health deteriorated.

PM Modi who is scheduled to embark on a visit to West Bengal to launch some developmental projects, but now he may join the events through video conferencing, sources said on Friday.

"The flagging off of Vande Bharat train in Howrah, Kolkata and other developmental works of railways and under Namami Gange and meeting of National Ganga Council to be held as per plan. PM Modi may join through Video Conference," sources said.

The Prime Minister informed the nation about her demise early Friday morning.

Informing about her demise, the Prime Minister posted a heartfelt tweet early this morning, "A glorious century rests at the feet of God... In Maa, I have always felt that trinity, which contains the journey of an ascetic, the symbol of a selfless Karmayogi and a life committed to values."

PM Modi recalled his visit to his mother on her 100th birthday this year.

Several leaders and ministers expressed their condolences on the demise of PM Modi's mother.